The campaign lasted from March to July 1758

The manoeuvres of the Prussian covering forces and of the Austrian relief army while Olmütz was under siege are described in our article 1758 - Prussian invasion of Moravia – Siege till the Combat of Domstadl (present-day Domašov nad Bystřicí). 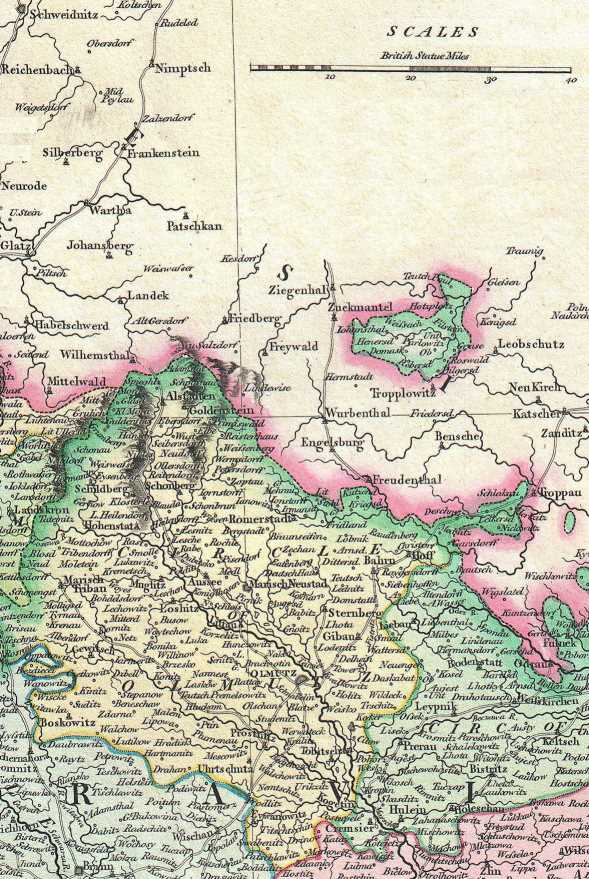 The lifting of the siege

The numerous Austrian light corps were in a position to delay Frederick’s march, and if Daun pursued aggressively, the situation of the Prussian army could become very serious.

It became manifest that the retreat was converging on Leuthomischl (present-day Litomyšl), straight for Bohemia instead of Silesia. However, the Austrian corps detached by Daun to pursue the Prussians totalled only some 24,000 men. They were not large enough to seriously threaten the Prussians.

Frederick then stood in this inexpugnable position, living on the country. The 4,000 baggage-wagons also came in about entire. Loudon had made several attempts to stop the baggage. His main attempt was made at Neu-Holitz, within a march of Königsgratz. However, Keith's quick reaction had prevented another disaster.

On the night of July 25 to 26, two bns of Karlstädter-Lykaner Grenzer under the command of Colonel Bela attacked the isolated I./Pannewitz Infantry and drove it out of the western suburb of Königgrätz. Bela captured 3 heavy guns in an entrenchment. In this action, the Prussians lost Major-General von Saldern, killed and 63 men killed or wounded. The Austrians lost 2 men killed and 15 wounded.

Daun was still idle in his camp west of Königgrätz, ready to march into Lusatia as soon as the Prussians had departed for Silesia. He repaired the partly destroyed fortifications of Königgrätz. He also recalled the corps under Siskovics and Saint-Ignon to the main army; and charged the two corps of Jahnus and Loudon to follow the retreating Prussian army. Both corps were instructed to halt at the frontier. Furthermore, Loudon should return to the main army as soon the Prussians would have evacuated Bohemia; while Jahnus would form a chain of outposts from Nachod to Trautenau (present-day Trutnov).

On July 29, the Prussian artillery train and baggage joined Lattorff at Nahorzan.

By the end of July, from the 44 rgts (a total of 50, 537 foot) of the main Austrian army, only 17 rgts fielded 2 bns and 2 grenadier companies. The other rgts were re-established at full strength during the following month.

Once more Frederick hoped that Daun would finally offer battle. In fact, the court in Vienna was enjoining Daun to act vigorously. Indeed Maria Theresa feared that Frederick would first defeat the Russians and then turn back against the Austrian army. She preferred to risk a battle rather than let Frederick advance against her Russian allies.

Frederick was now safe on his own side of the mountains again.

On August 8, Forcade advanced to Braunau.

At the end of August, when Margrave Carl realised that the main Austrian effort would be aimed at the invasion of Saxony instead of Silesia, he instantly started from Grüssau with about 25,000 men. He left Fouqué in Grüssau with about 10,000 men to stop the invasion of Silesia by Austrian forces led by Generals Harsch and de Ville. The Austrians were now carting the siege-stock to begin bombardment.