The regiment was raised on March 20 1659 as the Terço da Câmara do Porto.

In September 1762, the regiment was subdivided into two distinct units.

During the Seven Years' War, the 2st regiment was under the command of:

After the war with Spain, on May 10 1763, the first of the two regiments of 1762 took back its original name of “Porto” while the second was supposed to be transformed into a regiment of artillery. However, on September 12 1763, the project was abandoned and this second regiment became known as the “2nd Regiment of Porto”.

At the beginning of the campaign of 1762, the regiment was attached to the corps operating in the region of Beira under the command of lieutenant-general Townshend. 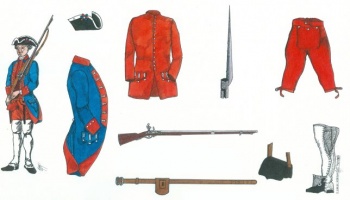 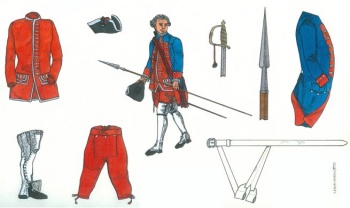 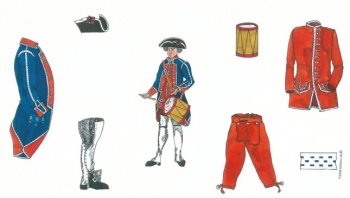 The drummers of the regiment wore uniforms similar to those of the privates with the following differences:

N.B.: the white braid used for laces was stitched blue

The drum barrel was light brown with red rims and black cords. Its bandolier was made of natural leather with a white metal buckle.

Manuel Ribeiro Rodrigues, Joseph O'Neill and Juan José Torres and the Asociación Cultural de Modelismo Histórico Alabarda for the information and counselling provided for this article.