The unit was disbanded at the end of the conflict. 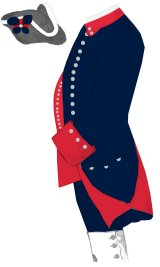 The drums had an ocher barrel, red rims and black cords.

Manuel Ribeiro Rodrigues and Joseph O'Neill for the initial version of this article.