This article is a stub that will soon be populated

The grenadiers and the Hungarian regiments carried a long sabre.

Since 1745, infantry was equipped with a new lighter musket which proved to be quite unreliable and had to replaced by a new model before the war. 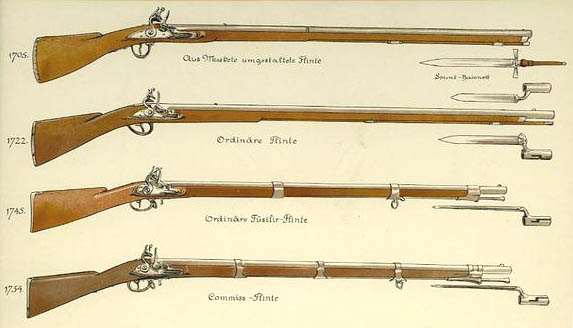 Grenadiers were also armed with hand-grenades for most of the Seven Years' War.

Officers, including colonels carried a partizan while NCOs carried a short musket.