The regiment descended from the 1661 Dragonregementet which was formed in the former danish provinces (Skåne-Bohusläns dragonregement) for Colonel Rutger von Ascheberg. It initially consisted of only 4 companies. In 1674, the unit was brought to the full strength of a regular cavalry regiment by adding 4 companies from Halland.

In 1685-89, the regiment was incorporated into the Indelta system.

During the Great Northern War, the regiment initially served on the Danish border in 1700. In 1709, it served on the border of the Province of Bohuslän. On February 28 1710, it took part in the Battle of Helsingborg. It also took an active part in the campaign of 1715. In 1716 and 1718 the regiment participated in the Norwegian campaign. 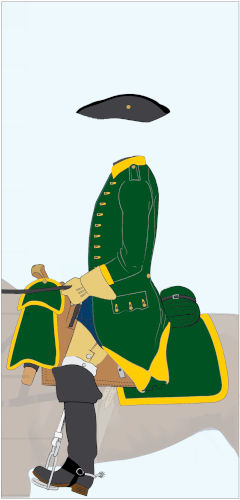