The Bolgárskiy Hussar Regiment was raised on May 10, 1759 by General Horvat among New Serbians who did not want to settle, to reinforce the Russian light cavalry. It consisted of 10 companies in 5 squadrons for a total of 1,200 men. Its kernel consisted of troopers from Horvat Hussars. An unidentified Russian source even mentions that the regiment did not receive its uniforms before being disbanded.

The regiment was not engaged in any European campaign during the war.

The uniform was reportedly identical to the uniform worn by the Zholtiy Hussars but we have not found any strong evidence of this. 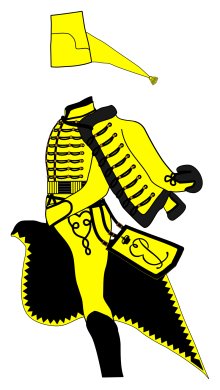