No official powder charge is known for the musket prior to 1775 but seems never to have exceeded 220 grains (14 grams); by 1775, this had been regulated to 165 grains (11 grams), though in practice the cartridges from this time forward were 110-125 grains, to account for better-quality powder.

The powder quality prior to 1792 (or ~1775) was unpredictable, and often poor—abysmal even. the powder used was at least equivalent to modern G12 powder, though typically it would have been stronger. The barrels were supposed to be proofed with ~642 grains of powder.

With better powder quality, a velocity between 400 and 450 meter per second is possible. There is a diminished return on the amount of muzzle velocity, the greater the quantity of powder you use. After a certain point, you can no longer add powder to increase the velocity of the shots.

Accuracy: the Brown Bess was about average for the period; French muskets were a little more accurate, Prussian ones a little less so, though overall there was relatively little difference. With proper time to aim, hit ratio is almost 100% at 40 yards (37 meters;) it could reliably strike a man’s torso at 50 yards (46 meters); and a man’s figure at 75 yards (69 meters); still possible to hit target at 100 yards (91 meters) with a hit ratio of at least 25%; between 150 and 200 yards it is useless to aim at anything more precise than a general formation; and, as a British officer stated around 1814, at 200 yards (182 meters) "you may as well fire at the moon and have the same hope of hitting your object."

For a soldier firing standing and using the front sight (which serves also to mount the bayonet), point-black range is roughly between 220 and 250 yards (182 and 229 meters). Military treatises stated point-blank was 300 yards (273 meters) but it has not been possible to replicate this in our own tests

The barrel’s bore widens to approx. 1.4 inch at the base, probably to capture fowling, by provision of a greater surface area on which powder can accumulate. 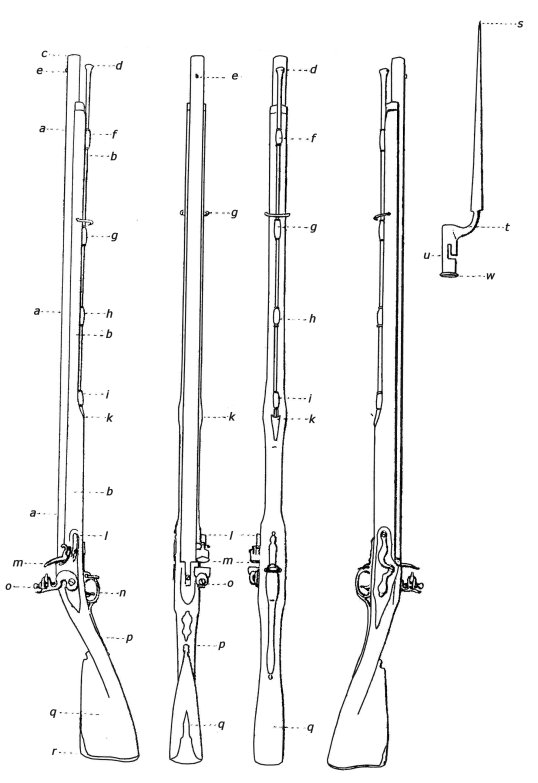 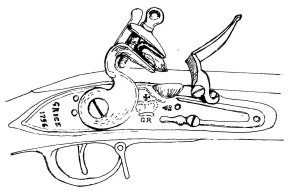