This gentleman's regiment was raised on March 3 1672 by Gas de l'Hommeau.

During the War of the Austrian Succession, the regiment initially campaigned in Bohemia in 1741. Then, in 1742, it served on the Rhine. From 1744 to 1748, it campaigned in Flanders.

In 1755, the regiment was stationed on the Sambre.

In 1756, the regiment ranked 33rd and counted two squadrons.

When the French cavalry was reorganised on December 1 1761, the regiment was incorporated into Royal-Cravate Cavalerie. Effective incorporation took place at Mézières.

In 1757, the regiment was sent to reinforce the Army of the Lower Rhine. It joined the main body in Hesse in August. At the end of the year, it took its winter-quarters in the second line of the French army at Marienhagen near Alfeld.

By May 23 1760, the regiment was part of the second line of Broglie's Army, placed under the command of the Prince de Croy. By December 30, the regiment had taken its winter-quarters in Rambach. 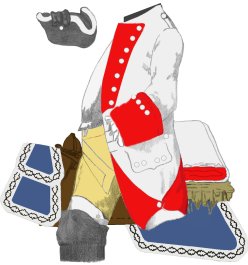 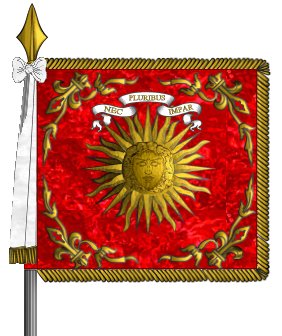