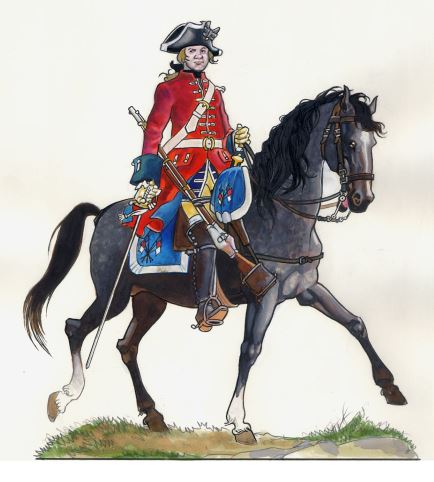 The charge of Colonel Général of the dragoons was created in 1668 for the Comte de Péquilain who would later become Duc de Lauzun. On April 2 1668, his regiment was created from half the troops of Dragons Étrangers du Roi and half of Royal Dragons.

During the War of the Austrian Succession, the regiment initially served in Westphalia in 1741. In 1742, it took part in the invasion of Bohemia. In 1743, after the retreat from Bohemia, it campaigned in Alsace. In 1744, it was stationed on the Lauter. In 1745, it served on the Rhine. From 1746 to 1748, it took part in the campaigns of Flanders.

By 1756, the regiment counted 4 squadrons and ranked 1st.

In 1757, the regiment was at the camp of Stockheim. It then joined the Army of the Lower Rhine commanded by the Maréchal d'Estrées for the planned invasion of Hanover. At the end of June, it was at the camp of Bielefeld with d'Estrées' main corps. On July 23, the regiment was part of the corps of the Marquis de Contades, consisting of 30 grenadier companies and 3 dragoon regiments, who advanced on the village of Brukensense at nightfall. On July 26, the regiment was at the Battle of Hastenbeck where it fought dismounted as part of the right wing under d'Armentières. After the victory, the regiment encamped at Grosselsen near Hameln with the main body of the Army of the Lower Rhine from July 31 to August 2. On August 8, the Maréchal Duc de Richelieu, now commanding the army, sent the regiment along with the Grenadiers de France and 2 other dragoon regiments ahead to occupy the city of Hanover. On August 26, Richelieu detached the Duc de Chevreuse on the right bank of the Lev with the Colonel Général Dragons, 2 other dragoon regiments, 12 cavalry squadrons and an infantry brigade to advance on Bottmer and to throw bridges on the Lev at Etzel. At the end of the year, the regiment took its winter-quarters in the third line of the French army at Diepholz.

From March 30 to April 4 1758, after the retreat of the French army towards the Rhine, the regiment was with the army of the Comte de Clermont in the camp of Wesel on the Lower Rhine, on the right wing. In April, when Clermont redeployed his army along the Rhine, the regiment was placed in the third line at Roermund. After the successful crossing of the Rhine by an Allied army under Ferdinand of Brunswick on May 31, the regiment retired towards Rheinberg where it joined Clermont's Army on June 2. It remained in this camp, where it was placed on the flank behind the left wing, until June 12. On June 23, the regiment took part in the Battle of Krefeld where it formed part of the reserve, under the Duc de Chevreuse. In mid August, after Ferdinand's retreat to the east bank of the Rhine, the regiment, as part of the Army of the Lower Rhine, now under Contades, recrossed the Rhine to follow the Allies. On August 20, it was encamped near Wesel where it formed part of the Reserve.

In 1759, the regiment returned to France to guard the coasts of Saintonge, a charge that it assumed till the end of the war. 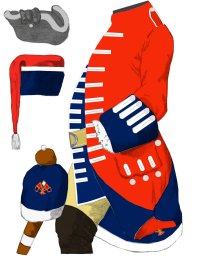 The Colonel Général company was mounted on grey horses.

Throughout the war the French dragoon uniform seems to have evolved significantly. Our only primary source for the uniform at the start of the conflict is the Etrennes Militaires of 1756 and 1758. The first primary pictorial evidence comes from Raspe in 1761. Here we present various interpretations of the evolution of the uniform.

In December 1762, a regulation introduced a brand new green uniform with crimson as distinctive colour.

Officers were also armed with a musket and a bayonet and carried a cartridge pouch containing 6 cartridges. This musket was shorter than the muskets carried by the troopers.

Drummers wore the red livery of the House of Luynes. 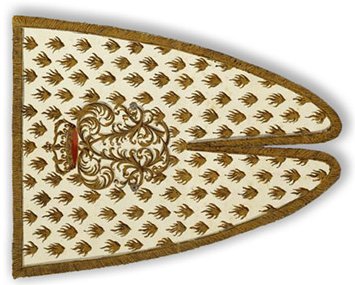 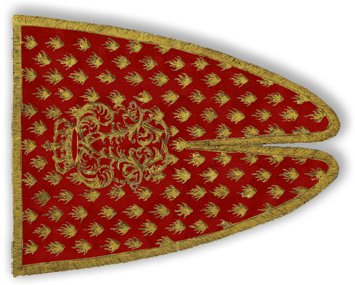 This article is mostly a translation Jean-Louis Vial's article “Colonel Général Dragons” published on his website Nec Pluribus Impar. The article incorporates texts from the following books which are now in the public domain: