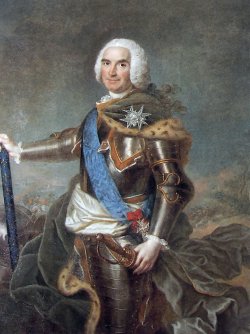 On March 10 1734, Contades became colonel of Flandres Infanterie. On October 18 of the same year, he was promoted brigadier.

On January 1 1740, Contades was promoted maréchal-de-camp. On May 1 of the same year, a new promotion made him lieutenant-general.

In 1763, Contades was commander-in-chief in Alsace.