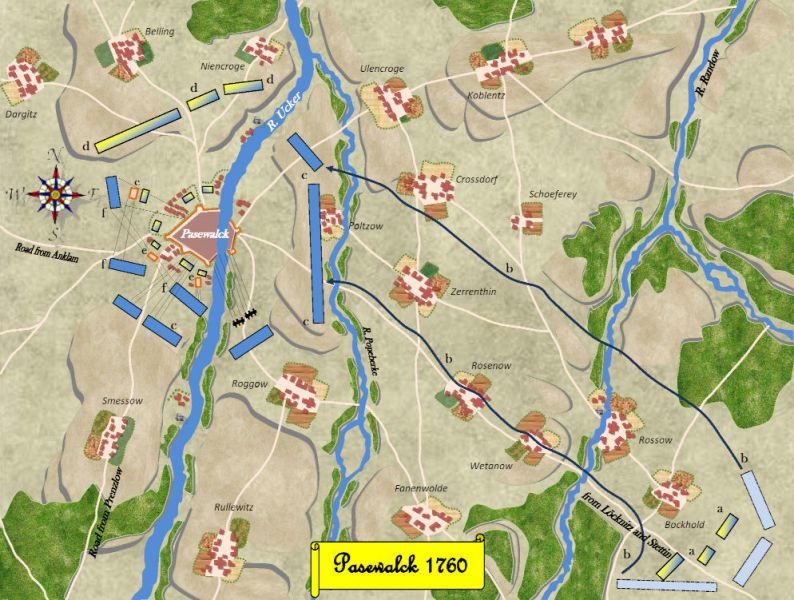 Map of the Prussian raid on Pasewalk on October 3, 1760

Key to the map: