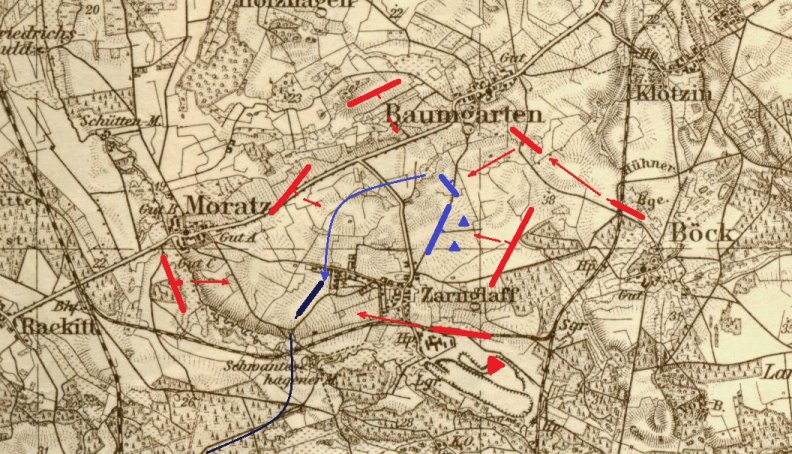 Map of the engagement of Zarnglaff on October 20 1761.

The map has been created using an old XIXth century German topographical map as a base on which were added the manoeuvres of both army based on Raspe, Plan der Affairen bey Gollnow und Sargelow zwischen den Russis(chen) und Preussisch(en) Truppen im Monath October An(no) 1761, copperplate, Nürnberg XVIII century

Tomasz Karpiński for the creation of this map.