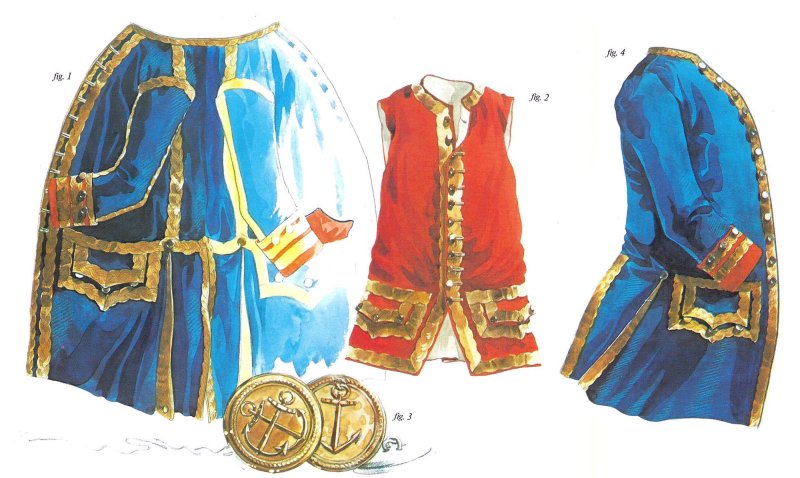 Great uniforms of officers of the French Marine Royale circa 1764

Figure 1: great uniform of a vice-admiral, it is the only one with braids on the seams (disposition of braids on the pockets and in the small of the back was not regulated and could vary among officers)

Figure 2: waistcoat of the great uniform of a captain of a ship of the line, decorated with the same braids as the coat but with smaller buttons

Figure 4: coat of the great uniform of a lieutenant of a ship of the line

Copyright: Michel Pétard who kindly authorised us to reproduce this plate in "Kronoskaf - Project SYW".