In 1764, after the war, the regiment was reduced to 3 companies.

The regiment remained in the principality of Brunswick throughout the Seven Years' War, being used as a depot unit to replenish the ranks of the Brunswick contingent which had joined the Allied army. 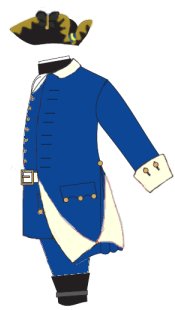