This company was raised on April 12 1673, after the conquest of Flanders. 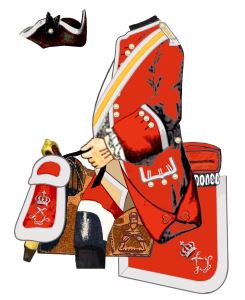 The silken standard had a blue field spangled with golden fleurs de lys, fringed in gold and silver; centre device consisting of a golden royal sun surmounted by a scroll carrying the motto “NEC PLURIBUS IMPAR” and with a scroll underneath carrying the motto “PRISOC SUB SIDERE PATRUM”. As for all company standards of the Gendarmerie de France, the obverse and reverse were identical. 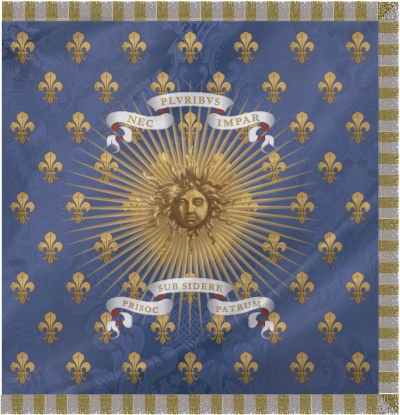 Standards were carried on aurore (light orange) tournament lances by troopers designated as porte-étendards (even though the standards of the Gendarmerie de France were called guidons).