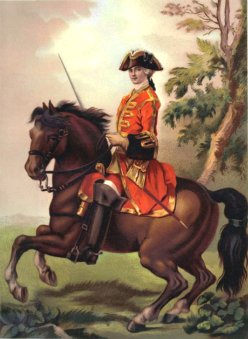 This company was created by Henri IV in 1609 for his son Louis who was then Dauphin de France. When Louis acceded to the throne, under the name of Louis XIII, he incorporated the unit into the Maison du Roi on April 29 1611.

During the reign of Louis XV, this company formed a squadron of 210 gendarmes divided up into 4 brigades. One of these brigades always served to guard the king. The company consisted of:

During the Seven Years' War, the company was under the command of:

The company was disbanded on September 30 1787

By August 1 1757, the company was stationed at Versailles. The unit did not take part to the early campaigns of the Seven Years' War.

In 1761, the company took the field with the army of Soubise. It was present at the battle of Vellinghausen on July 16 but was not engaged.

In 1762, the company formed part of Condé's Lower Rhine army. It was present at the action of Nauheim on August 30 but was not engaged. 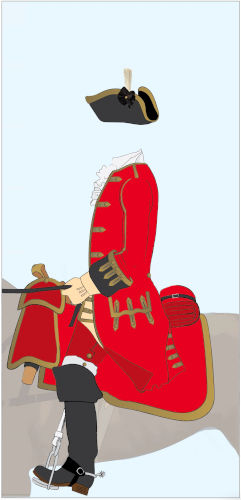 Troopers were armed with a sword, a pair of pistols and a rifle. For combat, they wore a blackened breastplate and an iron skullcap over their tricorne. 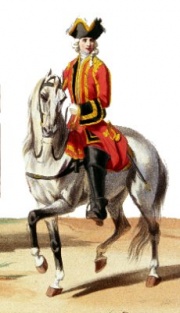 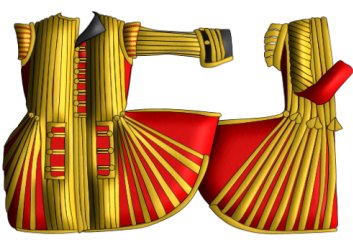 Uniform of the musicians in 1758 - Source: PMPdeL 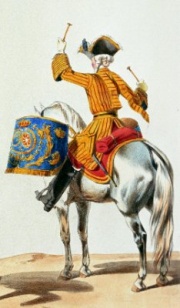 The saddle cloth, housings as well as the aprons of the kettle-drums and the pennants of the trumpets were blue decorated in gold.

The satin standards had a white field decorated with golden embroideries and bearing a central scene depicting thunderbolts bursting out of a cloud with the motto “Quo jubet iratus Jupiter”.

Along with those of the Chevaux Légers de la Garde, the standards of the Gendarmes de la Garde were deposited in the King's room. 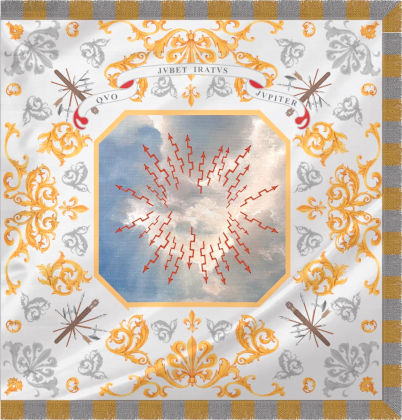 Menguy, Patrice: Les Sujets du Bien Aimé (an interesting website which seems to have disappeared from the web)