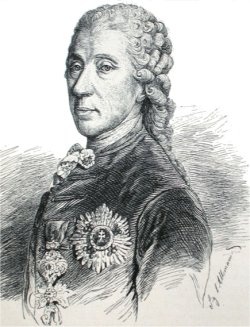 In 1749, when Maria Theresa appealed to her counselors to reexamine the policy of Austria after the rise of Prussia, Kaunitz was a supporter of an alliance with Russia and France against Prussia which he considered as the most dangerous enemy of Austria. Most counselors, including Emperor Francis, were rather supporting the adherence to the old alliance with the sea powers: Great Britain and the Netherlands. Maria Theresa finally came round to Kaunitz's point of view.