This permanent regiment was raised in 1719 as garrison regiment in Halland. It was known as the "Horns Värvade Regemente". It recruited its troops mainly in Smålands.

This permanent unit consisted of 1,088 men in 2 battalions of 4 companies. Each company had 125 privates and 11 officers, NCOs and musicians.

By the end of August 1757, 6 companies of the regiment (754 men) had been transported across the Baltic towards Swedish-Pomerania while 2 companies (256 men) remained stationed at Loviisa in Finland. 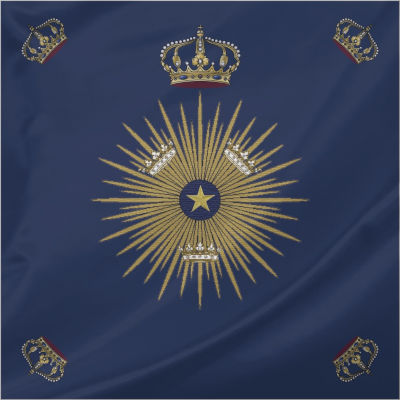