On July 31 1660, at the Battle of Warburg, the five battalions of the Legion were on the right flank under the command of Lieutenant-general Hardenberg. 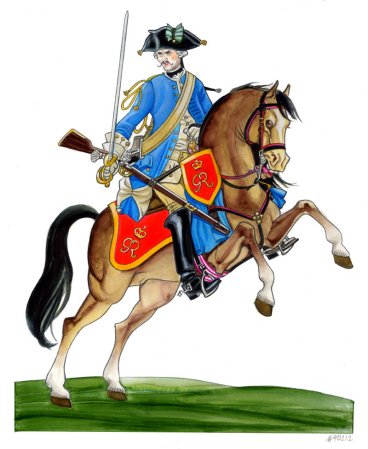