The regiment already existed since 1621 when troops were raised during the blockade of La Rochelle. However, it became a regular regiment of the French army only on September 26 1635 when Cardinal-Duc de Richelieu persuaded the King to integrate it into his regular units. It initially counted 18 companies and was known as "Cardinal Richelieu". The regiment took the 16th rank.

From 1648 to 1652, Cardinal Mazarin was meste-de-camp of this regiment. He used his influence to include it among the Vieux Corps, changing its rank from 16th to 6th.

At the end of 1736, the regiment was permanently renamed La Marine.

The regiment counted four battalions and had prévôté (provostship). 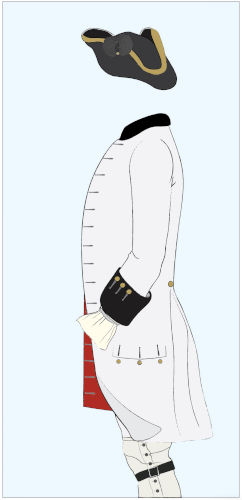