The regiment was created according to a royal decree issued on December 18, 1709, authorising the Count de Pezuela to raise a dragoon regiment of three squadrons, each of four companies.

During the War of the Spanish Succession (1701-14), from its creation in December 1709 to 1712, the regiment assumed garrison duty in the District of Extremadura. In 1712, it took part in the campaign in Portugal, in the unsuccessful sieges of Elvas and Campo Maior. In 1713, it was transferred to Aragon and fought against bands of Catalan insurgents. In 1714, it continued to fight against the insurgents. After the capture of Barcelona, it formed part of the garrison of the city.

In 1717, half the regiment was sent to Sardinia where it contributed to the capture of Cagliari. In 1718, the entire regiment was reunited at Cagliari and embarked for Sicily where it took part in the siege of Messina and in the siege and Battle of Milazzo. On February 10, 1718, the regiment became “Lusitania Dragones”. In 1719, it fought in the Battle of Francavilla and was at the relief of the Castle of Mola. In 1720, the regiment returned to Spain but was almost immediately sent to the relief of Ceuta on the coast of North Africa and was then posted near Gibraltar.

In 1727, the regiment took part in the unsuccessful siege of Gibraltar.

In 1732, the regiment was once more sent to North Africa for the reconquest of Oran.

In 1762, the regiment was selected to participate in the planned invasion of Portugal. It joined the army at Zamora in Old Castile. It was allocated to the first brigade of the left wing of the first line which took up cantons in Ledesma. Two companies of the regiment were detached to San Félix de los Gallegos. On June 6, a squadron posted at Alameda joined Maceda’s Division. The rest of the regiment penetrated into Portugal and was present at the capture of Miranda (May 9), Bragança (May 17), Chavez (May 22), Castel-Rodrigo (June 8), Salvatierra (July 9) and Almeida (August 25). On August 31, the regiment took up cantons in Arroyo del Puerco. On October 14, it received orders to take post in Villar del Rey. On December 18, it was sent to Extremadura to assume garrison duty. 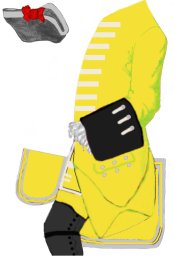 Clonard mentions that the uniform of this regiment wore three skulls and crossbones as a special distinctive on the cuffs of the coat in memory of its almost complete annihilation in the sanguinary Battle of Madonna dell'Olmo on September 30, 1744. For the same reason, it was nicknamed “Dragones de la Muerte.” In 1760, this special distinctive was replaced by three embroidered white triangles (silver for officers).

Musicians wore uniforms similar to those of the troopers.

The guidons were made of damask, fringed and embroidered with silver. The cords and tassels were mixed of crimson and silver.

Reverse: crimson field, the border embroidered with a vegetal pattern; centre device consisting of the regimental emblem, Archangel Saint-Michel fighting Lucifer, besides the disk two wings, encircled by a large scroll with the mottos "QUIS UT DEUSOD ESO ESPERO" and "LUSITANIA TESSERA OMNIS ARMATURA FORTIUM"; a green hill with a silver base beneath the centre device; corner device consisting of a fleur-de-lys (rear corners only); all embroideries (excluding the hill) were made of silver.

NOTE: The devices on both sides were turned 90° to the staff.

Volker Scholz for the information on the guidons.