The regiment was created on April 2 1717 for Achaz von der Schulenburg, with troops contributed by all Prussian cuirassier and dragoon regiments.

Exceptionally, this dragoon regiment counted 10 squadrons rather than the usual 5 squadrons.

On August 26 1756, when the Prussian army proceeded to the invasion of Saxony, the regiment was part of the left column led by the prince of Bevern. This column had concentrated in the area of Lübben, then advanced through Lusatia by Hoyerswerda and Bautzen, to Hohenstein (Sept. 8) then to Lohmen north of the Elbe near Pirna. On October 1, the regiment took part to the battle of Lobositz under lieutenant-general Katte. During this battle, the regiment lost 4 officers, 7 NCOs and 150 privates. In the days after the battle, it was assigned to the protection of the defiles near Welmina.

On May 6 1757, the regiment did not take part to the battle of Prague. It was rather deployed on the left bank of the Moldau near the Weissenberg as part of Keith's corps. On September 7, when an Austrian force under the command of general Nádasdy attacked Winterfeldt's isolated corps at Moys, the regiment was deployed in the first line of the cavalry left wing. On November 22, the regiment took part to the battle of Breslau where it was deployed in Meier's brigade, in the second line of the left wing under lieutenant-general von Zieten. On December 2, after this defeat, it joined Frederick's army at Parchwitz. On December 5 at the battle of Leuthen, the regiment was deployed in Meyer's brigade in the first line of the cavalry left wing under lieutenant-general von Driesen. At about 4:00 PM, when the Austrian right wing cavalry attacked the exposed Prussian left flank, the regiment charged in its left flank while Puttkammer Hussars attacked its rear and Driesen charged frontally. Together, they broke and routed the Austrian cavalry.

In 1758, the regiment took part to the invasion of Moravia. From may to July, it was at the siege of Olmütz. On October 14, it fought at the battle of Hochkirch where it formed part of Retzow's corps near Weissenberg. It was among the first units of Retzow's corps to come to the relief of Frederick's left wing, charging and driving back Austrian cavalry units.

In 1760, the regiment served in Saxony in prince Henry's corps. On February 20, it fought at Kossdorf where it lost 10 officers, 308 privates and a standard. On November 3, it fought with great distinction at the battle of Torgau. 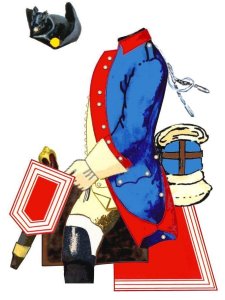 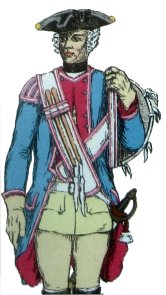 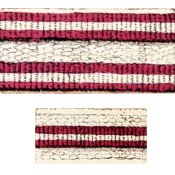 Drummers of the regiments probably wore the same uniform as the troopers but decorated on the seams with a white lace with 4 red stripes.