The regiment was raised in May 1683 at 6 companies for Major-General Heinrich Comte de Briquemault Sieur de St-Loup. The basis was one of the Freicompagnien raised by Brigadier von Iselstein.

During the War of the Spanish Succession, from April 15 to June 15 1702, the regiment took part in the siege of Kaiserswerth; then from September 11 to 24, to the siege of Venlo. On August 13 1704, it fought in the battle of Blenheim, taking a French standard. In 1715, it served against the Swedes in Pomerania.

At the outbreak of the War of the Austrian Succession, the regiment served against Austria in 1741, fighting in the battle of Mollwitz on April 10. On May 17 1742, it took part in the battle of Chotusitz where it suffered heavy losses. In 1745, the regiment fought with great distinction in the battles of Hohenfriedberg (June 4), Soor (September 30) and Kesselsdorf (December 15).

Pomerania was the inspectorate of the regiment and its garrison places were Arnswalde, Belgard, Dramburg, Labes, Reetz and Schivelbein. Its troops were levied in the District of Dramburg and in the towns of Angermünde, Neustadt-Eberwalde, Falkenberg and Schwedt.

By 1806, the regiment was known as the von Balliodz Cuirassiers. That year it took part in the battle of Jena (October 14). Most of the regiment surrendered at Erfurt on October 16; one squadron was destroyed at Steckenitz; the regiment was not re-raised. Part of the regiment under colonel von Stulpnagel fought its way out to East Prussia; it went to form the new 5th Dragoons.

On August 26 1756, when a Prussian army proceeded to the invasion of Saxony, the regiment was part of the centre column led by Frederick II. More precisely, it belonged to Prince Moritz's Corps. The centre column had concentrated in the area of Brietzen and advanced unopposed upstream along the Elbe River by Torgau and Wittenberg, leaving Meissen to its left. On September 6, it encamped at Rothschönberg and finally reached Wilsdruf. On October 1, the regiment took part in the Battle of Lobositz where it was assigned to the cavalry brigade of Major-General Luderitz in Katzler's Division. In that battle, it lost 10 officers and 128 troopers. On October 23, when Keith's Army left Lobositz to return to Pirna country, the regiment joined Frederick at Linai to cover Keith's advance. On October 28, the whole force reached Gross-Sedlitz near Pirna and the regiment took its winter-quarters soon afterwards.

From March 31 to April 18 1758, the regiment took part in the siege of Schweidnitz. It then served in Saxony in Prince Henri's Army. At the end of July, it was sent to join Dohna's Army fighting the Russian invasion of Brandenburg. On August 3, it arrived at Dohna's camp near Frankfurt an der Oder. On August 25, the regiment fought in the Battle of Zorndorf. At the opening of the battle, it was sent to reinforce the right wing. Its commander, Major-General Sigismund von Zieten, 2 officers and 56 troopers fell in this battle.

On July 19 1760, the regiment was at the bombardment of Dresden. On August 15, it took part in the Battle of Liegnitz, inflicting heavy losses on the enemy. On November 3, it fought in the Battle of Torgau where it took 14 guns and 13 colours.

Troopers were armed with a heavy straight-bladed sword, a pair of pistols and a musket. They wore a blackened breastplate edged sky blue and fastened by white straps edged brown. The musket strap was white edged with the regimental lace. 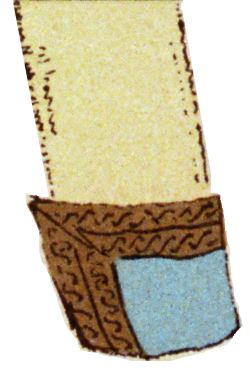 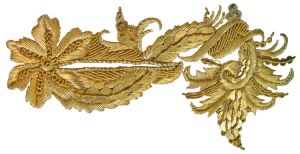 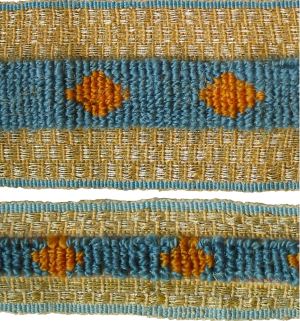 The regiment was issued new sets of standards between 1742 and 1746, so only carried the new "FR" pattern standard. These new pattern square standards were made of damask. The cords and tassels were silver and black. The pole of the standard was a sky blue tournament lance reinforced with iron hinges and gold finial.