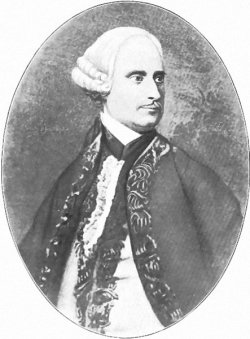 In 1736, Murray began his military career in the 3rd Scots Regiment in Dutch service.

In 1740 Murray served as a second lieutenant in Wynyard’s Marines, under his brother Patrick Murray, 5th Lord Elibank, in the unsuccessful attack on Cartagena (March to May 1741).

During the War of the Austrian Succession, in 1742, Murray served as a captain in the grenadier company of the 15th Regiment of Foot. In 1745, he was severely wounded during the Siege of Ostend. In 1746, he distinguished himself in the Raid on Lorient.

In 1749, Murray bought the rank of major in the 15th Regiment of Foot.

In 1751, James Murray bought the rank of lieutenant-colonel of the 15th Regiment of Foot.

In September 1757, commanded his regiment which was stationed on the Isle of Wight and embarked on the fleet for the unsuccessful and wasteful raid on Rochefort. He then defended Sir John Mordaunt in his subsequent court-martial.

In June and July 1758, during the Siege of Louisbourg, Murray commanded a brigade. Once Louisbourg taken, Murray accompanied Wolfe on a raiding expedition northwards in the Gulf of Saint-Laurent. While Wolfe destroyed French settlements along the Gaspé Peninsula, Murray harried the French fishing settlements along Miramichi Bay. Part of the destruction included the homes and church at Sainte-Anne, now called Burnt Church.

In 1759, Murray was one of Wolfe's three brigadiers in the expedition against Québec. On September 13, he commanded the left wing of the Brithish army in the famous Battle of the Plains of Abraham. Murray believed Wolfe's plan to land the army at Anse au Foulon was foolish and absurd, and succeeded "only by Providence". After the British victory and the capture of Québec, Murray was left in command of the town. During the ensuing winter, he strengthened its fortifications and took measures to improve the morale of his men.

On April 28 1760, Murray was defeated by Lévis at the Battle of Sainte-Foy. However, his army retreated in good order within the walls and withstood the Siege of Québec until the arrival of a British relief fleet in May. The French were then compelled to raise the siege. The British troops had been decimated by disease and it was only a remnant that Murray now led to join General Amherst in his three pronged attack against Montréal where the French army finally surrendered. On September 5, Murray signed a Treaty of Peace and Friendship with the Huron Nation, then residing at Lorette, near Québec City. In October, Murray was appointed military governor of the district of Québec.

In 1763, Murray became governor of Canada after this country had been formally ceded to Great Britain. In this year he quelled a dangerous mutiny. Soon afterwards his alleged partiality for the interests of the French Canadians gave offence to the British settlers who asked for his recall.

In 1766, Murray retired from his post of governor of Canada. After an inquiry in the House of Lords, he was exonerated from the charges which had been brought against him. He remained governor of Canada until 1768 even if he never returned to this country.

In 1774, Murray was sent to Minorca as governor.

In 1780, Murray married, as his second wife, Ann Witham, daughter of the Consul-General of Minorca.

In 1781, while still in charge of Minorca, Murray was besieged in Fort St Philip by a large force of French and Spaniards. After a stubborn resistance, which lasted nearly seven months, he was obliged to surrender the place. On his return to Great Britain, he was tried by a court-martial, at the instance of Sir William Draper, who had served under him in Minorca as lieutenant-governor. He was acquitted.

In 1783, Murray was appointed general and governor of Kingston-upon-Hull.

In 1789, Murray was appointed colonel of the 21st Regiment.