Difference between revisions of "Nice Infanterie"

The regiment was formed on December 8 1678 from troops from Savoie. On May 8 1691, it took the name of the province of Nice.

During the War of the Polish Succession, the regiment served on the Rhine from 1734 to 1735.

During the War of the Austrian Succession, the regiment took part to the invasion of Bohemia in 1741. In 1743, it was stationed in Fribourg. From 1745 to 1748, it took part to the various campaigns in Flanders.

On March 10 1749, the regiment incorporated the disbanded Tour d'Auvergne Infanterie.

On May 21 1756, the arrived at Minorca as reinforcement for the French army besieging Fort St. Philip.

In 1761, the regiment was among the French force garrisoning Belle-Isle when the British landed on the island. 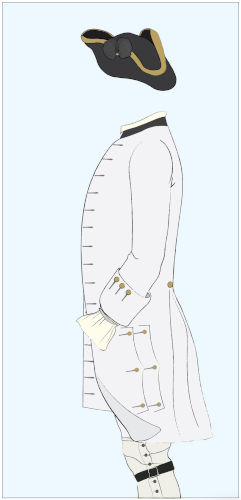