During the Great Northern War, the regiment initially served in Livland in 1700 with the Wellingk's Corp. From 1702, to the exception of two companies, it formed part of the King's Army. It served under the command of Rehnskiöld during the campaigns of 1705-06. In July 1709, the regiment surrendered to the Russian Army at Perovolotjna a few days after the disastrous Battle of Poltava. Rebuilt with the help of the "fördubblingen" and with the Army of Finland. Belonged to the Armfeldt Corps and the march against Trondhjem in 1718.

In 1721, the unit was transformed into a dragoon regiment. It counted 8 companies for a total of 1,000 men. 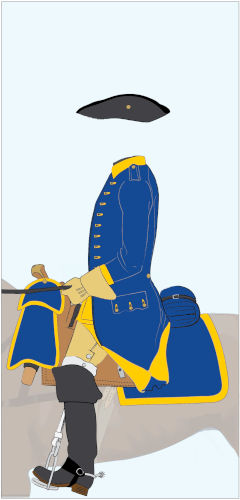