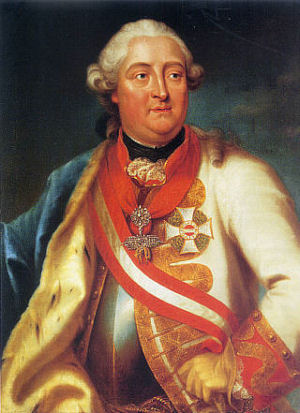 Friedrich Michael was the son of Imperial Count and Duke Christian III von Zweibrücken (1674–1735) and of Karoline (1704–1774), daughter of Count Ludwig Kraft von Nassau-Saarbrücken. He was considered as one of the most handsome men of his time.

On March 10 1734, aged only 10, Friedrich Michael began his military career in the French service, becoming nominal colonel of Alsace Infanterie. However, he undertook studies at Leiden in the Dutch Republic.

At the outbreak of the War of the Austrian Succession (1740-48), in 1741, Friedrich Michael joined the French Armée de Bavière and took part in the siege and capture of Prague and in the capture of Egra where he led two converged grenadier battalions.

In 1742, Friedrich Michael was promoted to major-general in the French Army. From June to December, he served under Maréchal de Belle-Isle in the defence of Prague and then in the epic retreat through Bohemia.

In January 1743, Friedrich Michael saw actions in several engagements in Bavaria. On February 20 of the same year, he was promoted brigadier and, a few months later, on May 14, maréchal-de-camp in the French Army. In July, he returned to France along with the 4th division of the Armée de Bavière. He spent the rest of the year campaigning in Lower-Alsace under the Maréchal de Noailles.

In April 1744, Friedrich Michael was assigned to the Armée du Rhin under the command of the Maréchal de Coigny. During this campaign, he took part in the recapture of Wissembourg in Lower-Alsace and in the affair of Auguenum. He then followed the Comte de Ségur in Bavaria where he spent winter.

In April 1745, Friedrich Michael distinguished himself in the combat of Pfaffenhoffen, followed Ségur's Army in its retreat. In May, he joined the Armée du Bas-Rhin where he served under the Prince de Conty.

On February 16 1746, Friedrich Michael was promoted lieutenant-general. In March of the same year, he became commander of the Palatine Army. During this campaign, he took part with Conty's Army in the sieges of Mons and Charleroi. This army later made a junction with the French Main Army commanded by the Maréchal de Saxe who covered the sieges of Namur and won the Battle of Rocoux (October 11, 1746). On November 27 of the same year, Frederick Michael converted from Protestantism to Catholicism. The same year, he also married Princess Francisca Pfalz-Sulzbach.

During the Seven Years' War, in November 1757, with the agreement of the French Court, Friedrich Michael was transferred to the Austrian service, receiving the former Porporati Dragoons and being promoted General der Cavallerie.

On January 18, 1758, Friedrich Michael was promoted Imperial General-Field-Marshal. In February, he received command of the Reichsarmee. He had to reconstruct the Reichsarmee which had been decimated the previous year at the Battle of Rossbach. In May, he took command of the Austro-Imperial army (Austrian armies combined with the Reichsarmee) assembled for the invasion of Saxony. On September 5, he seized the Fortress of Sonnenstein, capturing 38 guns, 7 mortars and 10 colours. He then screened the Prussian Army of Prince Henri, allowing Field-Marshal Daun, on October 14, to attack and defeat Frederick II in the Battle of Hochkirch. In November, Friedrich Michael unsuccessfully besieged Leipzig. After assigning the Reichsarmee to its winter-quarters, he then left for Vienna, arriving there on December 18.

In 1759, Friedrich Michael, still leading the Reichsarmee, captured Leipzig (August 5), Torgau (August 14), Wittenberg (August 22) and Dresden (September 5). However, in September, the Prussians recaptured Wittenberg, Torgau and Leipzig. On November 20, Friedrich Michael covered Field-Marshal Daun during the Battle of Maxen. In December, he returned to Vienna where he spent winter.

On January 6 1760, Friedrich Michael was received Knight of the Order of the Golden Fleece. On January 21, he received the Great Cross of the Military Maria-Theresia Order for his accomplishments. On August 20 1760, during the campaign of Saxony, Friedrich Michael won the Combat of Strehla. He then recaptured Torgau (September 27) and Wittenberg (October 14) razing its fortifications. After the Prussian victory in the Battle of Torgau (November 3), Friedrich Michael was forced to evacuate Leipzig and Torgau. He put the Reichsarmee in winter-quarters and returned to Vienna.

In 1761, Friedrich Michael resigned from his post and handed over the command of the Reichsarmee to Field-Marshal Johann von Serbelloni.

In 1763, after the Peace of Hubertusburg, Friedrich Michael was appointed General-Commander of Bohemia and, later on, President of the Secret Military Council.

Friedrich Michael died in 1767 at Schwetzingen at the age of 43. He was buried in the Jesuit Church of St. Michael in Munich

Dr Marco Pagan for the initial version of this article and Harald Skala for additional information.