This gentleman's regiment was raised by the Marquis de Tilladet on July 8 1667.

During the War of the Polish Succession, the regiment initially served in Italy in 1733 before being transferred to the Rhine where it campaigned in 1734 and 1735.

During the War of the Austrian Succession, the regiment initially served in Bavaria in 1741. In 1742, it took part in the defence of Linz. In 1743, it operated on the Rhine. In 1746, it was transferred to Flanders where it campaigned till 1748.

When the French cavalry was reorganised, the regiment was amalgamated with d'Escouloubre Cavalerie to form the new Royal-Normandie Cavalerie. Effective amalgamation took place only after the war, on March 31 1763.

Somewhere between August 23 and September 6 1757, the regiment joined the Army of Saxony, led by the Prince de Soubise, in the area of Erfurt and Eisenach. On September 27, it was brigaded with the Volontaires Liégeois under M. de Saint-Martin in the first line of the left wing of the Franco-Imperial army. On November 5, the regiment took part in the Battle of Rossbach where it was brigaded with Montcalm Cavalerie and Grammont Cavalerie in Saint-Germain's Corps. At the end of the year, it took its winter quarters in Obergaulangen in Hessen.

By the end of January 1760, the regiment had taken its winter-quarters in the fourth line of the French army between the Rhine and the Main on the left bank of the Rhine. By mid March, the regiment was billeted in Pfungstadt, still in the fourth line of the French army. By May 23, the regiment was part of the right wing of the first line of Broglie's Army. On October 2, Broglie sent M. d'Aubigny's detachment (including this regiment) from Stainville's Corps towards the Lower Rhine. On October 11, this detachment took position between Neuss and Meerbusch. On 16 October, the regiment took part in the Battle of Clostercamp where it was deployed in the second line of the cavalry left wing. 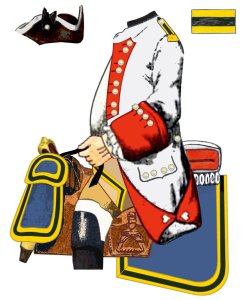 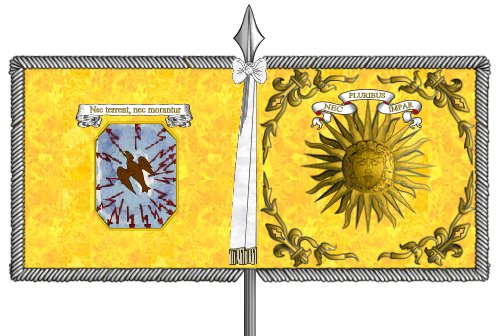