In October of the same year (or in September 1758 as per Cremer), a second squadron was raised and the unit became known as the Land-Husaren-Korps von Hohendorff. Each squadron then counted 120 troopers. 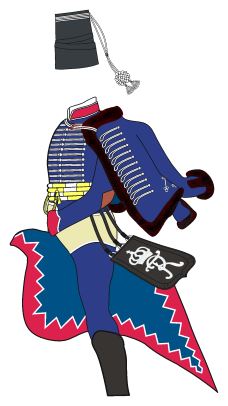