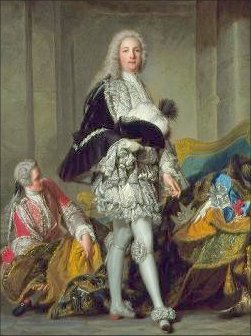 On April 7 1734, by the intrigues of his friend Voltaire, the Duc de Richelieu was married to Élisabeth de Lorraine-Harcourt.

At the end of the war, in 1748, the Duc de Richelieu was promoted maréchal de France.