During the War of the Austrian Succession, the regiment took part in the invasion of Bohemia in 1741 and 1742. In 1744, it was transferred to Italy. In 1746, it was back in France where it was stationed in Lyon. In 1747, it was at Valence in Provence.

When the French cavalry was reorganised on December 1 1761, the regiment was amalgamated with Preyssac Cavalerie to form a new regiment: Royal-Champagne Cavalerie. Effective amalgamation seems to have taken place only on April 10 1763 at Nantes

At the outbreak of the war, in 1756, the regiment was stationed at Phalsbourg.

In May 1757, a corps under Chevert left Neuss to join the Army of the Lower Rhine at Breda. This corps consisted of Vaubécourt Infanterie and Condé Infanterie and of La Rochefoucauld Cavalerie. From April 27 to June 17, the regiment was part of the Reserve under the Prince de Soubise. On July 26, the regiment took part in the Battle of Hastenbeck where it was among the cavalry of the left wing. After the convention of Kloster-Zeven, it followed the main body, now led by the Maréchal de Richelieu, who encamped at Halberstadt in Prussian territory, from September 28 to November 5. The regiment was placed on the right wing of the second line. At the end of the year, it took its winter quarters in the second line of the French army in and around Voldemberg.

In 1761, the regiment returned to France where it was stationed on the coasts of Bretagne. 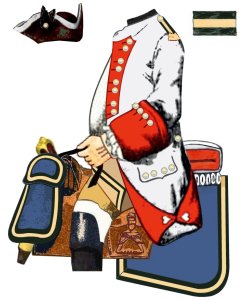 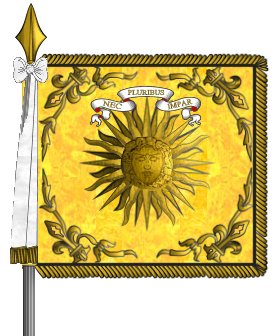