Difference between revisions of "Roeder Infantry" 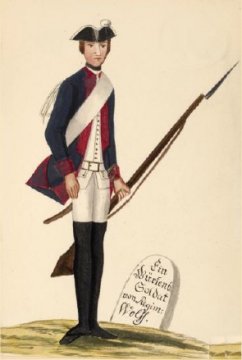 Until 1759, the regiment was under French subsidies.

In 1757, the regiment joined the Austrian army in Silesia. In October, it was at the siege of Schweidnitz. On November 22, it took part to the battle of Breslau where it was deployed in the first line of the infantry centre ofNádasdy's Corps. On December 5 at the battle of Leuthen, the regiment was deployed in the first line of the Württemberger Contingent under Marshal Spiznass at the extreme far left of the Austrian positions as part of Nádasdy's corps which became the main target of the Prussian attack. During this battle, the regiment was badly mauled. During the same year, the 2 grenadier companies of the regiment were converged with those of the Truchsess Fusilier regiment to form the Grenadier-Bataillon von Buwinghausen.

In 1758, one battalion of the regiment was part Major-general von Roeder's Brigade (including also Truchsess Fusilier and Prinz Louis). On August 8, this brigade made a junction with Soubise's army in Kassel. On October 10, the regiment took part in the battle of Lutterberg where it was placed in the centre of the second line. On November 30, it was at the action between Lauterbach and Fulda.

In 1760, the Württemberger contingent operated under Austrian subsidies. Thus, the regiment joined the Austrian army in Silesia to fight against Prussia. In October the regiment took part in the siege of Wittenberg. It was its last noticeable action during the war. 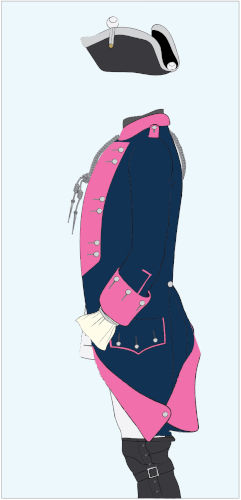