Difference between revisions of "Royal-Cravate Cavalerie" 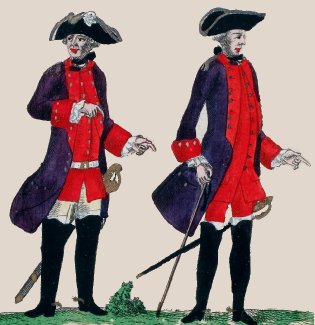 Royal-Cravate Cavalerie after the reorganisation of 1761 - Source: Raspe 1762 from User:Zahn's collection

The regiment was raised on August 13 1643 from foreign cavalry regiments in the French service since 1635, among which 3 Croatian regiments. In 1667, the regiment was bought from M. Baltazar by the Duc de Vivonne and renamed "Royal-Cravates". In fact the word "Cravate" derives from "Croate" (French word for Croatian) and was designating the typical scarves worn by Croatian cavalrymen. An accessory which became the ubiquitous necktie of today...

When the French Cavalry was reorganised on December 1 1761, the regiment was increased to 4 squadrons, each of them consisting of 4 companies of 40 troopers, for a total of 640 troopers. The 2 additional squadrons came from Chabrillan Cavalerie which was incorporated into Royal-Cravates Cavalerie.

In 1756, the regiment was stationed at Le Mans.

Early in 1757, the regiment was transferred to Guise. It then joined the Army of the Lower Rhine commanded by the Maréchal d'Estrées for the planned invasion of Hanover. On July 26, the regiment took part in the Battle of Hastenbeck where it was among the cavalry of the left wing. After the victory, it encamped at Grosselsen near Hameln with the main body of the Army of the Lower Rhine from July 31 to August 2. On August 16, the regiment was among the force sent by the Duc de Richelieu to occupy the Duchy of Brunswick who had submitted to the French domination. At the end of the year, it took its winter-quarters in Unna in Westphalia, in the fourth line of the French army. 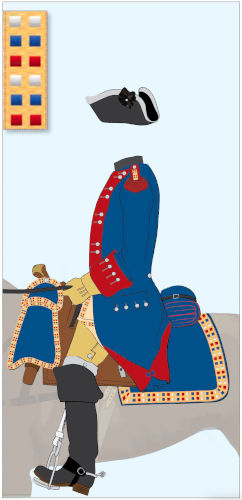 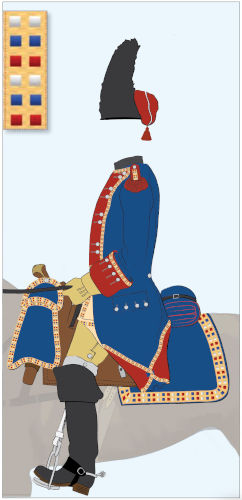 Uniform in 1761 - Source: Frédéric Aubert as per Raspe 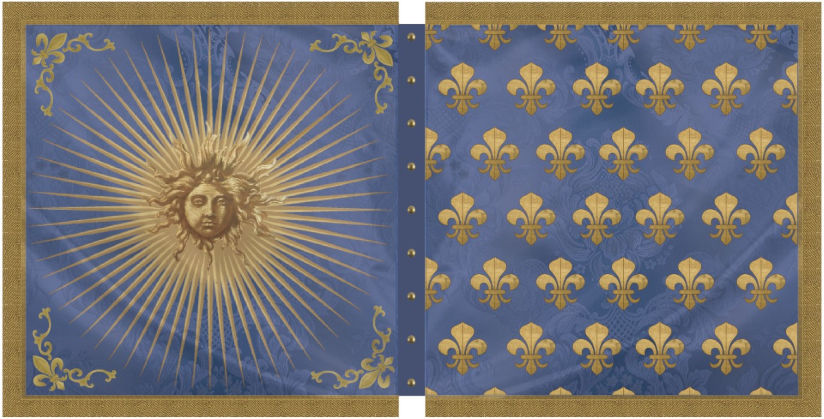