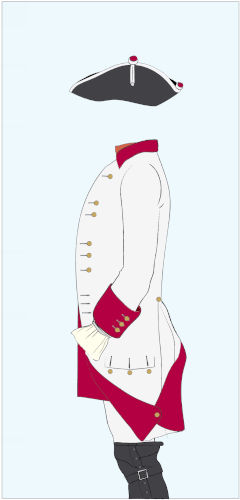 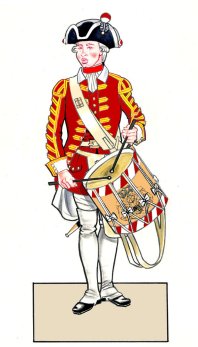 Leibfahne: white field. In the centre an ermine mantel backed light blue, crowned with a royal gold crown. On the mantelgold, four shields wearing the Polish arms (white knight and horse on a red field), the arms of Saxony (white eagle on a red field), the royal "AR" in gold on a light blue field, two crossed crimson swords on a field of black over white and a lime green crown on a black and yellow stripe field. A very richly designed border in the distinctive color (crimson red) with a yellow piping.