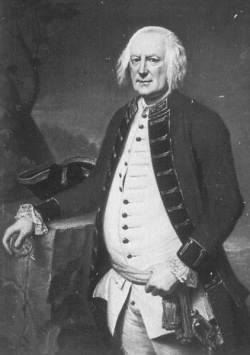 Spörcken's father was Landdrost (steward) of Harburg and his mother was a sister of the Venetian Field-marshal Johann Matthias von der Schulenburg. He received a good education including scientific studies.

In 1715, Spörcken entered military service as an ensign in Infantry Regiment von Gauvain. In 1716, he was transferred to the Guards in Hanover as lieutenant.

In 1731, Spörcken's wife died while giving birth to her unique son.

By 1733, thanks to his family connections, Spörcken had already reached the rank of lieutenant-colonel.

During the War of the Polish Succession, Spörcken volunteered to serve in the Hanoverian contingent placed under the command of General du Pontpietin, considering this as a good opportunity to complete his then theoretical formation in military science. He served in the campaigns of 1734 and 1735.

The outbreak of the War of the Austrian Succession, in 1740, gave Spörcken his first combat experience. In 1742, as colonel, he commanded his own foot regiment who marched to Brabant during the Autumn to join the Allied force assembling there. In 1743, he took part in the victorious battle of Dettingen (June 27). The Hanoverian contingent was then transferred to the Netherlands where Spörcken campaigned till the end of the war. On May 11 1745, he led his regiment in the battles of Fontenoy where he received a shot through the chest. He was inactive for 9 months recovering from this wound. The same year, he was promoted brigadier. On October 11 1746, he fought in the battle of Rocoux where a bullet caused him a contusion in the neck. Finally, on July 2 1747, he was present at the battle of Lauffeld. The same year, he was promoted major-general. After the signature of peace, in 1748, Spörcken returned to Münden with his regiment which assumed garrison duty there.

In 1754, Spörcken was promoted lieutenant-general.

In 1756, Spörcken accompanied the Hanoverian contingent which formed part of the Allied reinforcement sent to Great Britain to defend the island against a potential French invasion.

In the Spring of 1757, the Hanoverian contingent was recalled to the continent to contain the French invasion of Hanover. On July 26, Spörcken took part in the battle of Hastenbeck. The Allied army then gradually retreated towards Bremen. On September 9, when the Duke of Cumberland capitulated, Spörcken was responsible to apply the clauses of the Convention of Kloster Zeven for the Hanoverian Army. However, after the Prussian victory in the battle of Rossbach, King George II disavowed the convention and Generals Zastrow and Spörcken were charged to take measures to renew hostilities. On November 23, Duke Ferdinand of Brunswick arrived to take command of the Allied Army upon the king's request. Spörcken then assumed command of the second line (18 bns, 18 sqns) and, in mid-December took part to the attack on Celle.

In February 1758, when the Allied launched their winter offensive in West Germany, Spörcken led the right column. After the crossing of the Weser, Ferdinand reorganised his army and Spörcken received command of the left column (13 bns and 16 sqns subdivided into 3 divisions). On June 8, when Ferdinand undertook his campaign on the west bank of the Rhine, Spörcken passed the Rhine at Rees with his corps. On June 23, he took part in the battle of Krefeld where he commanded the left wing. During Summer, he was promoted General of Infantry.

At the beginning of the campaign of 1759, Ferdinand marched to Hessen with the Allied Main Army, leaving Spörcken in command of a corps charged to cover Westphalia. However, by August 1, Spörcken's Corps had joined the main army and took part in the battle of Minden. In this battle, Spörcken led the first column which acquired immortal fame by driving back the repeated charges of three lines of French cavalry. He then participated in the Allied counter-offensive in Hessen before taking his corps (15 bns, 16 sqns) into winter-quarters in the Country of Münster.

For the campaign of 1760, Spörcken was charged to maintain Allied positions in Westphalia and to protect communications with Great Britain by the Lower Weser with a force of 24,000 men (22 bns, 22 sqns, 44 field pieces and 4,000 light troops). Bülow, Ferdinand's adjutant-general, was assigned to Spörcken's staff. Bülow advised Spörcken to stay on the defensive while Ferdinand would operate in Hessen. However, when Saint-Germain managed to make a junction with Broglie, Spörcken's Corps joined the Allied Main Army on July 13 near Landau and, on July 31, took part in the battle of Warburg. On the Diemel, Spörcken commanded the first line of the Main Army. When Ferdinand marched on Göttingen with part of the army, Spörcken was left in command on the Diemel.

During the Winter of 1760-61, at the death of General von Sommerfeld, Spörcken replaced him as Chef of the Hanoverian Foot Guards.

In 1761, Spörcken led his corps in a Winter offensive in Hessen where he made a junction with General von Syburg and, on February 15, surprised the Saxon Contingent in the combat of Langensalza. However, the offensive failed and Spörcken returned to the lines along the Diemel and Weser. During the 1761 campaign in West Germany, when Ferdinand marched to Westphalia, he left Spörcken behind with a corps of 13,000 men. Later, Spörcken commanded once more the corps guarding the Weser. In the night of September 13 to 14, the Brunswicker General von Mannsberg, serving under Spörcken was attacked by a French force near Neuhaus im Sollinge. Ferdinand attributed the fault to Spörcken, considering that he had interpreted his orders too literally. Spörcken asked the king to be relieved from his field command, mentioning that he had been the object of unjustified reproaches. Ferdinand granted him permission to go to Hameln and transmitted him his best salutations, thus settling the dispute. In November, Spörcken re-assumed command of a corps which took its winter-quarters in Westphalia.

At the beginning of the campaign of 1762, Spörcken commanded the first line of infantry of the Allied Main Army, Ferdinand preferring to entrust the command of the corps formerly led by Spörcken to the Hereditary Prince of Brunswick. On June 24, at the battle of Wilhelmsthal, Spörcken's mistakes, among other errors, prevented the total encirclement of the French army. It was the last battle of the war in which Spörcken took part. On December 24, when Ferdinand took leave after signing a ceasefire with the French, Spörcken became commander-in-chief of the Allied Army.

At the beginning of 1763, Spörcken marched home with the Hanoverian Army and took residence in the city Hanover of which he was governor.

In 1764, Spörcken was promoted field-marshal and commander of all German troops of King George III. Spörcken displayed a good effectiveness in this function. He reduced the size of the regular Hanoverian Army to peacetime proportions and increased the strength of militia to compensate. The same year, he supervised the publication of a new drill book for the infantry which took advantage of the experience gained in the previous war. In 1766, Spörcken published a drill book for the cavalry. He paid a particular attention to the training of the artillery.

This article is mostly a translation of the article "Friedrich von Spörcken" of Wikipedia, a publication available under the GNU Free Documentation License.