The Engineer corps consisted exclusively of learned engineers and had no sappers or miners attached to it (the first regiment of sappers-miners was created only in 1802).

During the Seven Years War, the Engineer corps had the same chief as the artillery: the General Director of Artillery and Engineers (count de Aranda in 1756).

Ranks in the Engineer corps were different from those of the infantry and artillery. The following table shows the correspondance between the ranks of these arms. 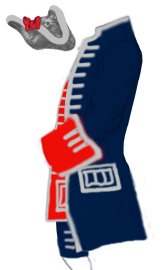