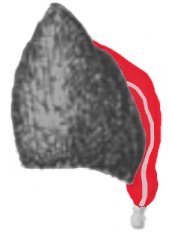 The line infantry wore a black tricorne, laced either white or yellow, with a cockade fastened to the left side by a button of the same color as the hat lace. The cockade was either red, for the Spanish line and guard regiments, or black, for foreign regiments in Spanish service. The grenadiers all wore a French style bearskin cap, with a cloth flame of the same color as the cuffs on the uniform, piped in the colors used on the buttons of the uniform with one line on either side (The Irish however, had a red flame, regardless of cuff color). The Royal Guards' bearskins were similar, except that they had a front metal plate, and prior to the reign of Charles III, had a white cord on the upper part of the bearskin. Charles III's reign also saw an increase in the height of the bearskin cap in general.

Before 1707, the Spanish regiments had varied colors, each according to the commander's, or region's, tastes. However, the Ordinance of December 30, 1707, established a uniform similar to the uniform used by the French, only white rather than grayish in color, to distinguish the Spanish troops from the French troops. Other differences included the use of turn backs, fastened into place with heart shaped fasteners, usually of the color of the cuffs, and somewhat plainer color combinations (e.g, unlike the French, they did not have blue cuffs combined with a red waistcoat). The coats generally had no lapels until 1763, with the exception of some foreign regiments in Spanish service (e.g Milan). Coats were rarely laced as well, lacing was mostly confined to the Royal regiments (Guards and Reina). Irish regiments had a similar uniform, but it was red rather than white, while the Swiss in Spanish service wore blue.

Breeches were generally of the same color as the coat, with a few exceptions (e.g Ultonia).

As per the album de Taccoli of 1759, gaiters were typically colored white, fastened just below the knees with a white garter. Buttons (usually 22) further fastened the gaiters on the outer-sides.

The muskets typically followed the French patterns used at the time, but were made in the Placencia arsenals from 1715 onwards. Patterns independent of the French patterns were not produced until 1789. Infantry was issued paper cartridges typical of the time, but iron ramrods evidently didn't come into use until c. 1757. All infantry carried swords. The bayonet was by this point in universal use. 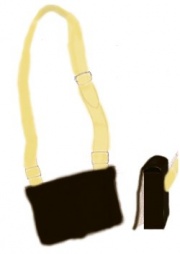 The cartridges were stored in a cartouche made of natural leather, mostly dyed black, slung over the left shoulder on a cross-belt. By 1759, the waist-belt worn around the waistcoat only, had a bayonet and sword scabbard, both colored black with brass/pewter decoration. Grenadiers typically had bigger cartouche, originally meant to store grenades as well as ammunition. An extra cartouche was often worn on the waist-belt by all troop types, often stamped with a Royal insignia. Again, the gear set was similar to the contemporary French model.

Infantry were not issued with a specific form of knapsack until 1763. Often, troops had to make do with affects wrapped into a cloth or blanket and slung round the soldier's shoulder, or leather pouches and bags.

Peculiarities of Drummers and Fifers

User:Ibrahim90 for the initial version of this article