The regiment (8 companies organised in 4 squadrons) was created on December 30, 1704 by the Baron von Derfflinger with troops contributed by the five existing dragoon regiments and with some recruits.

During the War of the Spanish Succession (1701-13), the regiment was initially stationed in East Prussia from 1705 to 1708. At the end of 1712, it was stationed in Geldern and later in Ravensberg.

In 1714, the regiment was renamed "Grenadiers zu Pferde" and considered as a unit of the guard.

On April 10, 1741, at the beginning of the War of the Austrian Succession (1740-48), the regiment fought in the Battle of Mollwitz where it did not perform very well. On April 21, Frederick II divided the regiment, giving birth to the Dragoner-Regiment Number 4. In September the grenadier mitre caps were abandoned in favour of the tricornes and the regiment lost its status of horse grenadiers. In 1742, it took part in the Battle of Chotusitz; and in 1745, in the battles of Hohenfriedberg and Soor.

On the eve of the Seven Years' War the regiment counted 5 squadrons.

The regiment was disbanded in 1806 after the capitulation of Ratekau.

On August 26, 1756, when the Prussian army proceeded to the invasion of Saxony, the regiment was part of the left column led by the Prince of Bevern. This column had concentrated in the area of Lübben, then advanced through Lusatia by Hoyerswerda and Bautzen, to Hohenstein (Sept. 8) then to Lohmen north of the Elbe near Pirna. On October 1, the regiment took part in the Battle of Lobositz under Lieutenant-General Schwerin. It took part in the second charge north of the Homolka Berg. During this battle, it lost 50 men. In the days after the battle, the regiment was assigned to the protection of the defiles near Welmina.

On January 30, 1758, 270 men of the regiment formed part of Colonel von Tauentzien’s Corps which assembled at Gross Oschersleben against the neighbouring French outposts. On February 23, the regiment, then attached to Prince Heinrich's Army, made a surprise attack on the Chasseurs de Fischer near the Ocker.

In May 1759, the regiment was part of Prince Heinrich's Army who launched an incursion into Franconia. In the afternoon of May 11, it formed part of the detachment under the command of General Platen who charged Riedesel's Austro-Imperial rearguard which was retreating towards Kulmbach. Platen took 2,500 men prisoners. On August 12, the regiment fought in the sanguinary Battle of Kunersdorf where it was deployed in the reserve of the right wing as part of Meinicke’s Division. In this battle, it lost 11 officers and 148 men. In September, when Frederick realised that the Russian army was no more a threat for Brandenburg, he transferred a force (including this regiment) under Lieutenant-General Manteuffel to contain the Swedish operations in Pomerania.

In 1760, the regiment campaigned in Pomerania.

At the end of June 1761, Ziethen received orders to destroy the main Russian magazines Greater Poland, mainly in Posen (present-day Poznań). He was placed at the head of an important corps of 20,000 men from Goltz's Corps and from reinforcements sent by Frederick. The regiment formed part of this corps and took part in the raid in Greater Poland. By August, it was with Frederick’s Army at the entrenched camp of Bunzelwitz (present-day Bolesławice) near Schweidnitz in Lower Silesia.

On August 16, 1762, the regiment took part in the Battle of Reichenbach. From August to October, it was at the siege and capture of Schweidnitz. 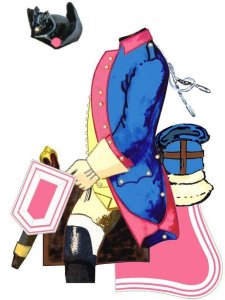 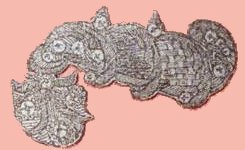 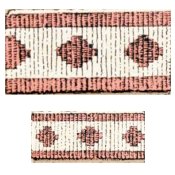 Drummers of the regiments of dragoons probably wore the same uniform as the troopers but decorated on the seams with a white lace decorated with 2 pink lateral bands and pink central rhombuses.

It is not known how the Leibstandarte was distinguished from the Eskadronstandarten, as descriptions say that all the flags were "white" or "white with a blue/silver centre". However, the fact that the Leibstandarte sent to the newly formed DR 4 was replaced with another Leibstandarte suggests that they were different.

The Leibstandarte was of the “FR” design. However, the regiment lost three Eskadronstandarten in the War of the Austrian Succession (one in 1741, two in 1742) and thus carried a mixed set of FR and FWR Eskadronstandarten during the Seven Years War.