Transferred in Livland, 1701, and belonged to the King's army thereafter. In Rehnskiold's Corps in 1705-06: captured after Poltava. Reraised and transferred to Reval, 1710, were the regiment was virtually destroyed by sickness. Raised again on the West coast 1712-13 and in Roslagen 1713-14. Ostergotland 1714, Bohuslan 1715 and in the Norwegian campaign 1718. 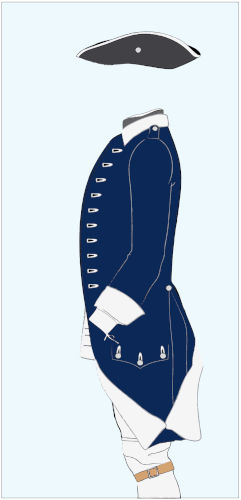