The tercio was integrated in the regular army on September 22 1658, during the Portuguese Restoration War (1640–1668). It was formed from a militia corps of the Coast of Granada who was serving in Extremadura against the Portuguese. It was known as the Tercio de la Costa de Granada. The tercio immediately joined the army for the siege of Yelves. In 1659, when the Allies relieved Yelves, the tercio retired to Badajoz. In 1661, it took part in the siege and capture of Arronches; in 1662, in the sieges and capture of Borba and Juromenha; in 1663, in the capture of Evora, in the battle of Ameixial and in the vain defence of Evora; in 1664, in the defence of Valencia de Alcántara. In 1665, it took part in the siege of Vila Viçosa and in the battle of Montes Claros.

After the war, in 1668, the tercio was disbanded and its officers incorporated into the “Tercio de los Morados Viejos”.

In 1674, during the Franco-Dutch War (1672–78), the tercio (13 companies) was re-established in Velez-Málaga and sent to Catalonia. In 1678, the tercio embarked aboard a Dutch fleet at Málaga and sailed for Barcelona.

In 1689, during the Nine Years' War (1688–97), the tercio was initially stationed in Gerona. It then joined the field army and took part in the siege and capture of Camprodon. In September, the tercio was sent to relieve the places of Melilla and Larache on the coast of North Africa. In 1693, it garrisoned Gerona and Castell-Follit. In 1694, it took part in the Battle of Torroella and in the defence of Palamós. After the surrender of the place, it was sent to Gibraltar and then to Ceuta.

In 1700, the tercio which was still posted at Ceuta, received reinforcements.

In 1714, the first battalion was sent to Extremadura while the second was transported to Ceuta. In 1716, the entire regiment served in Extremadura.

On 10 February 1718, the regiment was renamed Vitoria.

In 1727, the regiment sailed from Ceuta and joined the army who had laid siege to Gibraltar. In 1728, it garrisoned Málaga, sending detachments to various places on the coast of North Africa. In 1732 and 1733, it took part in the relief of Oran.

In 1735, during the War of the Polish Succession, the regiment was transported to Tuscany and took part in the siege of Porto Ercole and in the blockades of Orbitello and Mantua. In 1737, it returned to Barcelona.

During the War of the Austrian Succession, the regiment fought at the battle of Piacenza on June 16 1746 as part of the column of general Duchez. The same year, on August 10, it fought well during the battle of the Tedone. It then retired towards Nice and crossed the Var to enter into French territory. In 1747, as part of the reinforced Franco-Spanish army, the regiment repulsed the Austro-Sardinian army from the French frontier, recrossed the Var and pursued it up to Villefranche. In 1748, after the peace, the regiment returned to Spain.

In 1754, the regiment garrisoned Badajoz.

During the Seven Years' War, the regiment ranker 15th and was under the command of:

In 1791, the regiment was renamed Valencia.

In 1757, the regiment received the order to relieve Ceuta and, on August 19, was replaced at Badajoz by the provincial regiment Trujillo.

In 1760, the regiment was transferred at Cádiz where it assumed garrison duty.

On July 2 1762, the regiment was assigned to the army assembling for the invasion of Portugal. It immediately marched to Zamora. From August 12 to 25, it took part to the siege and capture of Almeida. The grenadiers of the regiment formed part of O'Reilly Division which advanced against the Portuguese positions on the Talladas. On September 27, the Portuguese abandoned these positions. The treaty signed on November 27 put an end to the campaign.

In 1763, after the war, the regiment went to Ceuta where it arrived on October 29. 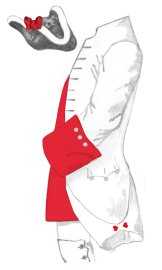 The coronela (colonel flag) of the regiment was white with a red Burgundian cross terminated in each corner by a medallion carrying the arms of the regiment (probably a silver field with two red lions supporting a tower) surmounted by a golden crown. In the middle: the arms of Charles III surrounded by the necklace of the order of the Toison de Oro (Golden Fleece).

The batallonas (ordonnance flags) of the regiment were white with a red Burgundian cross terminated in each corner by a medallion carrying the arms of the regiment (probably a silver field with two red lions supporting a tower) surmounted by a golden crown.