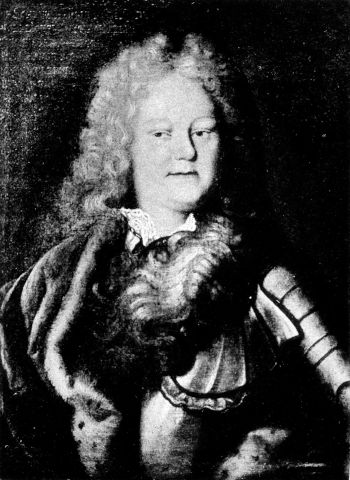 The Bibra are a wide-spread, ancient family from the Franconian Reichsritterschaft (Free Imperial Knights). They still flourish in Franconia and even Australia and the USA.

Between 1680 and 1806, solely in the Franconian military, at least 24 Bibra were in military service, including ten of them during the War of the Spanish Succession. Five Bibra reached the rank of general, four during that war. So it is no wonder, that a number of regiments bear the name of Bibra:

Curiously, all four were brothers.

Johann Ernst belonged to the senior branch of the family. His parents were Georg Christoph jun. von Bibra, Würzburg Domherr, Ritterhauptmann (lit. captain of knights, the director of the canton) of the Rhön-Werra canton, Free Imperial knights‘ counselor of the Steigerwald canton; and of Maria Barbara Bronsart von Schweickershausen. Five of his sisters reached adulthood, as did five of his brothers. Nearly all of his brothers went into military service, the three generals mentioned above and Hanns Heinrich (1664-1705), who became lieutenant-colonel in the Electorate of Mayence. Two of his sisters married, three became canonesses.

The first mention of military ranks is in 1674 (3 September) as a lieutenant in a Würzburg regiment of foot. He may be one of the officers, who “in great distress” with their regiment at Straßburg against the French, vowed to renovate the Pilgrimage church on the Lauberberg near Höchstadt/Aisch (devastated in 1627) – so obviously had reverted to Catholicism at an early age.

From 1680 to 1682, Johann Ernst was in Spanish service in the Netherlands at Mons, at first as an ensign, and from 1681 as a captain. In 1684, he resigned his commission and went back to Würzburg, where he was appointed gentleman of the bed-chamber (Kammerjunker) on 30 January 1685. More civilian appointments were to follow: assessor at the Imperial Landgericht (regional court of justice) on 2 February 1686, court counsellor on 20 March, 1686, privy counsellor in 1689.

In 1687 we find Johann Ernst von Bibra again in Würzburg military service as a lieutenant-colonel with the regiment Thüngen where he was promoted colonel and proprietor on 3 May 1690, after Thüngen had resigned his post.

In 1688, Bibra became Franconian commissary of marches (22 February) and counsellor of war (28 March), mustering the Franconian troops in the same month at Fürth (present-day Fürth/Bay., near Nuremberg).

With his regiment, Bibra was present at the siege of Mayence in 1689. On 20 September, he was promoted Würzburg major-general.

In 1693 and 1694 too Bibra was repeatedly traveling in diplomatic missions, often negotiating marching-routes and billeting of troops.

On 22 March, 1694 Bibra was appointed governor of Würzburg and the Fortress of Marienberg.

Obviously Würzburg tried to obtain a major-general’s pay for Bibra, whose regiment was in Franconian service since 1691 – although Bibra was no Franconian general – but, in 1694, the Franconian circle only approved 1.000 fl. semel pro semper (once for all).

In 1695, Bibra was appointed Würzburg Kammerjunker (gentleman of the bed-chamber). A further promotion in Würzburg service followed on 28 January 1697, when Bibra was made Feldmarschall-Lieutenant.

The Nine Year’s War (aka War of the League of Augsburg, War of the Palatinal Succession) had come to an end in 1697, but another war theatre remained in the east. So in April 1698 Emperor Leopold took Würzburg and Saxe-Gotha regiments in his service. From Würzburg came the regiments Fuchs and Bibra under the command of Johann Ernst von Bibra. On his way to Hungary, when in Vienna, Johann Ernst secured a diploma for himself and his brothers making them hereditary Reichsfreiherren (imperial barons).

In September 1698, Bibra arrived with his corps at Becskerek (Nagybecskerek, Großbetschkerek, Becicherecul, Mare Zrenjanin in Serbia). He and his men were rather lucky, as on 26 January 1699 peace was made in Karlowitz (present-day Sremski Karlovci in Serbia). In August, Bibra, who had been given a portrait ornated with brilliants by Emperor Leopold, and the Würzburg regiments were back home.

The brilliants were little consolation, as it had been intended to appoint Bibra Imperial Feldmarschall-Lieutenant when the peace intervened. Only two years later, on 12 April 1701, he was eventually made FML. The War of Spanish Succession had begun and Würzburg once more had provided three regiments, Bibra, Fuchs and Schadt, to the Emperor. The infantry regiments numbered 1,600 men each, the dragoons 800. Although Bibra now was in imperial service as an imperial general, he stayed proprietor of his Würzburg regiment and governor of the Fortress of Marienburg.

In 1702, with the two Würzburg regiments of foot, Bibra was present at the first siege of Landau. On 31 July, he was wounded in the head by a grenade fragment, but attended a council of war with the Emperor in August. Bibra personally helped extinguishing a fire in the fortifications. Before the siege was ended, Bibra had to attend to the siege of Weißenburg.

When the French surprisingly crossed the Rhine in February 1703, Bibra with his corps of 12 battalions and 10 squadrons was involved in skirmishes and later retreated to Kehl. During the further retreat of the Reichsarmee behind the Stollhofen Lines, Bibra succeeded in rescuing the army’s artillery consisting of 28 pieces by requisitioning peasants’ horses.

When in April, Villars tried to attack the left flank of the Bühl Lines in earnest, Bibra, in command of this section, was prepared and succeeded in repelling the French. Villars gave up and turned to the Black Forest instead. In July, Bibra stood under the command of Ludwig Wilhelm, Margrave of Baden-Baden at Dillingen. Ludwig Wilhelm recommended him and Count Leiningen as “meritous generals” for a raise of salary, the success of his recommendation is not known. Bibra personally had to experience the atrocities of war like a common man, when two soldiers tried to rob him of his coat. Unlike a commoner, Bibra had the pleasure to see the perpetrators arrested and punished by running the gauntlet.

In June, Bibra and Fürstenberg took part in the relief action for Augsburg and with some 2,000 men succeeded in repelling some Bavarian outposts. When the Margrave advanced too, the Franco-Bavarians had to retreat and Augsburg was saved for once. In October, Ludwig Wilhelm advanced against the Lech, Bibra stayed at Augsburg with the Würzburg FML Fuchs and nine battalions and 15 dismounted squadrons, summing up to about 7,000 men. But on 5 December, the Elector of Bavaria arrived at Augsburg and demanded Bibra’s surrender. Bibra had to demolish the outer fortifications in lack of troops to defend them. On 8 December, eight batteries began shelling the fortifications. A sortie in the night of 10 to 11 December with 400 men met no success. Water began to become scarce. As the Margrave was not able to come to the rescue as promised, he allowed Bibra to surrender to save the city from destruction and the garrison from being captured. On 14 December, the capitulation was signed to the surprise of the citizens and two days later Bibra with 5,000 infantry and 1,500 dismounted cavalry left the city with all honours of war.

The protection of the Prince-Bishop of Mayence and Reichserzkanzler Lothar Franz von Schönborn ensured Bibra’s promotion to Imperial Feldzeugmeister on 11 May 1704.

On 2 July 1702, the Battle of Schellenberg was Bibra’s last action on the German theatre of operation. He was in command of a cavalry brigade on the right wing.

In 1705 Bibra was called to the Army of Italy. In April, he arrived at Prince Eugène’s headquarters in Rovereto and took command from Count Leiningen of a corps posted on the west bank of Lake Garda. Prince Eugène’s aim was to reach the Mincio, Bibra was to make a diversion; both didn‘t succeed. The relief of Mirandola also failed. As Prince Eugène now intended to reach Piedmont, he wanted to cross the Adda against French resistance on 15 August. On 16 August, the Imperial army attacked the French in their favourable positions between Treviglio and Cassano. In the ensuing Battle of Cassano. Three attacks were launched, each time wading channels, but to no avail. Bibra was in command of the 24 battalions of the first line of the centre. The Prince at last being wounded, Bibra took command of the army and retreated to Treviglio.

During the battle, Bibra had repeatedly waded the Adda-channels. He died of pneumonia on 19 August 1705 in Bergamo and was buried the same day in the church S. Leonardo. His death was registered under the name of Petrus (!) de Vibria, but his tomb bears the correct inscription “LCCmo Viro / Io. Ernesto Lib.Bar. de Bibria / Gen. Ceas. / Comment. in urbe et arce Madonae herbipol., ad Rhenum et Mosellam, in Belgia et Hungaria semper Victori, Uxoris pietas. / Anno MDCCVo XIX. Augi.” (Grave of the august lord Johann Ernst Freiherr von Bibra, Imperial general, governor of Würzburg Marienberg [fortress], ever victor at the Rhine and Mosel, in Belgium and Hungary, [this monument is set by the] piety of his wife. [Died] in the year 1705 19 August.).

Bibra’s Würzburg regiment was given to Johann Reinhard von Fechenbach.