The charge of Colonel Général of the dragoons was created in 1668 for the Comte de Péquilain who would later become Duc de Lauzun. The regiment itself originated from the Dragons Etrangers du Roi initially raised in 1656. On 2 April 1668, this regiment was split into two distinct regiments: the first regiment taking the name of Royal Dragons and the second of Colonel Général.

By the beginning of the War of the Spanish Succession, the regiment counted 3 squadrons.

During the War of the Spanish Succession, the successive colonels-generals of the regiment were:

...and its successive mestres de camp were:

In 1701, the 3 squadrons of the regiment were operating in the Spanish Netherlands in Montalan's Brigade with Asfeld Dragons and Dauphin Dragons. This brigade was deployed on the right wing of the first line under the Duc du Maine. From August to 31 December, the regiment was stationed in Antwerp and later in Erkelens.

In 1702, the regiment served in the Army of Flanders under the Duc de Bourgogne. A review of the regiment made on 10 September indicates a strength of 328 men:

On 26 November 1702, the regiment took its winter-quarters at Tournai.

In 1703, the regiment served in Germany in Hautefort's Brigade with Hautefort Dragons and Tessé Dragons (unidentified unit) deployed on the right wing of the first line under the Duc de Bourgogne and Tallard. On 1 February, the regiment was sent to Carignan and Givet. On 14 August, it was at the siege of Breisach. It then took part in the Siege of Landau and, on 15 November, in the Combat of Speyerbach where it fought against the Guards of the Prince of Hesse to support the Gendarmerie.

In 1704, the regiment served once more in Flanders under Villeroy.

In 1705, the regiment was transferred from Flanders to the Rhine where it took part, in 1705 and 1706, in Villars's operations in the region of Haguenau, Lauterbourg and Drusenheim.

In 1707, the regiment served once more under Villars in Germany. It was at the capture of Schorndorf and, on 20 June, distinguished itself in the combat of Lorch opposing the Franconian General Janus to a detachment of the Villars's Army (Navarre, Champagne, Bourbonnais and Coetquen infantry brigades; Colonel-Général Dragons, La Vrillière Dragons under the Chevalier de Pisieux; Isle du Viguier and Saint-Pouange cavalry brigades). In this combat, cavalry and dragoons were sent forward and the first squadron of the regiment under M. de Bonneville threw itself against the enemy infantry and broke it, capturing General Janus. A few days later, the dragoons, still under the command of de Pisieux inflicted a severe defeat to the enemy rearguard near Gemund. By 1 November, the regiment was at Kehl for its winter-quarters.

In 1708, the regiment served with the Army of the Rhine. On 3 June, it was sent from Kehl to Haguenau under the command of the Maréchal de Saint-Frémont. On 2 July, the latter was instructed to join the Army of Flanders. On 14 July, the regiment arrived in front of Lille. By 3 August, it was at the camp of Douai and, on 28 August, near Mons.

On 11 September 1709, the regiment was at the Battle of Malplaquet.

In 1710, the regiment remained in Flanders where it was brigaded with Belabre Dragons and Listenois Dragons.

In 1711, the regiment was brigaded with Baufremont Dragons and was at the first combat of Arleux. On 19 June, it took part in an unsuccessful attempt against the Castle of Vimi. On 28 June, the regiment was assigned to the corps of the Marquis de Bouzols destined to join the Army of Germany. By 29 July, it was at Strasbourg where it passed the Rhine. It was then stationed near Kehl.

In 1712, the regiment was deployed on the right of the first line of the Army of the Rhine, brigaded with Rouvroy Dragons.

In 1713, the regiment was at the capture of Landau. 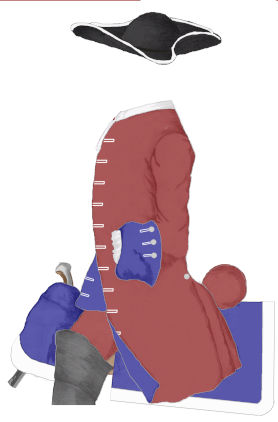 N.B.: the first company of the regiment was known as la Générale and had the privilege of riding grey horses and having aiguillettes on their coat. This company also carried the white royal guidon. 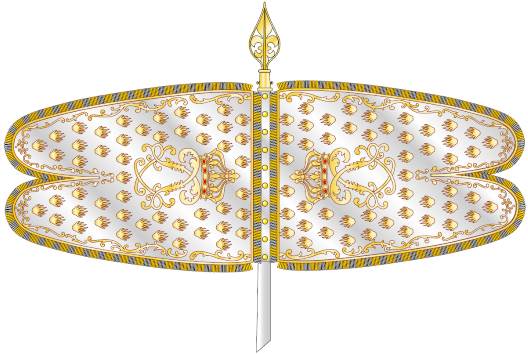 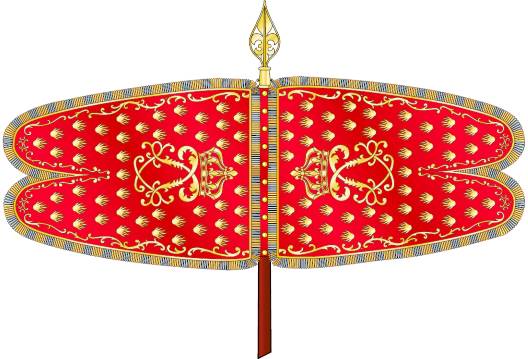