The regiment was raised in Castilla on 16 April 1703 by Colonel Juan Antonio de Sanjurjo Montenegro at his own expense.

Very little is known about the uniform of this regiment to the exception that the uniform was white with blue as its distinctive colour. 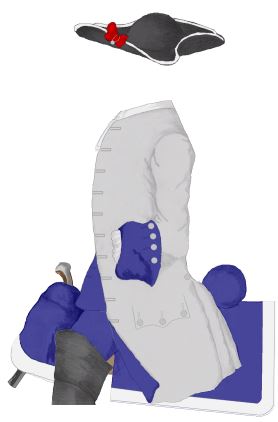