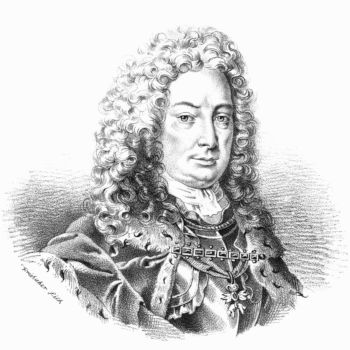 The Pálffy family is one of the eldest aristocratic family of Hungary. In 1581, a Pálffy was appointed baron and, in 1599, raised to count of the Empire.

Nikolaus (VI) was born on 1 May 1657. He was the eldest son of Nikolaus (IV.) Count Pálffy and Eleonora Countess Harrach.

In 1683, Nikolaus assumed command of a Hayduken cavalry corps and took part in the relief of Vienna. He also participated in the following campaigns of the Great Turkish War until 1687. Due to his valour, Nikolaus was appointed commander of Esztregom.

In 1688, Nikolaus joined the army of Max Emanuel, Elector of Bavaria and fought in the battle of Belgrade and in the following battles of Batočina and Niš.

On 30 May 1690, Nikolaus was promoted to general (GFWM). The same year, he took part in the defence of Belgrade, which was besieged by the Turks.

In 1691, Nikolaus fought in the battles of Szlankamen and Peterwardein.

On 6 August 1692, Nikolaus was promoted to lieutenant-marshal (Feldmarschall-Lieutenant, FML) and commander of Kaschau (present-day Košice).

In 1700, Nikolaus was appointed InhaberI (proprietor) of Nicolaus Pálffy Infantry. He would resigned from this function on 1 February 1732, just few week before his death. 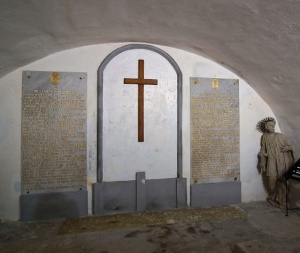 On 7 September 1701, Nikolaus was promoted to Feldzeugmeister (FZM) and, the same year, was appointed Kronhüter (crown protector of the Hungarian kingdom and colonel of the Imperial Trabantengarde (foot guard).

In 1711, Nikolaus was appointed as the highest equerry of Empress Eleonore. The same year, he was also appointed knight of Order of the Golden Fleece.

On 15 October 1713, Nikolaus was elected Palatin of the Kingdom of Hungary,.

On 30 June 1722, Nikolaus, along with the archbishop of Kalocsa, Emerich Count Csáky, who had been nominated in the Hungarian State Parliament, held the “Pragmatic Sanction” in Pressburg. He was in close contact with Prince Eugène de Savoie and informed him about the situation in Hungary during the uprising of the Hungarian aristocracy.

Nikolaus (VI) died on 20 February 1732 in Pressburg and was buried in the family tomb at Malatzka (present-day Malacky/SK).