The regiment was created according to a royal decree issued on 18 December 1709, authorising the Count de Pezuela to raise a dragoon regiment of three squadrons, each of four companies.

From its creation in December 1709, to 1712, the regiment assumed garrison duty in the District of Extremadura.

In August 1713, the regiment was transferred to Aragon and fought against bands of Catalan insurgents.

In 1714, the regiment continued to fight against the insurgents. After the capture of Barcelona, it formed part of the garrison of the city.

It seems that all Spanish and Italian dragoon regiments formed raised after 1702 wore, according to new royal decree of 1702, green uniforms and that all troopers, including grenadiers wore the mitre cap. 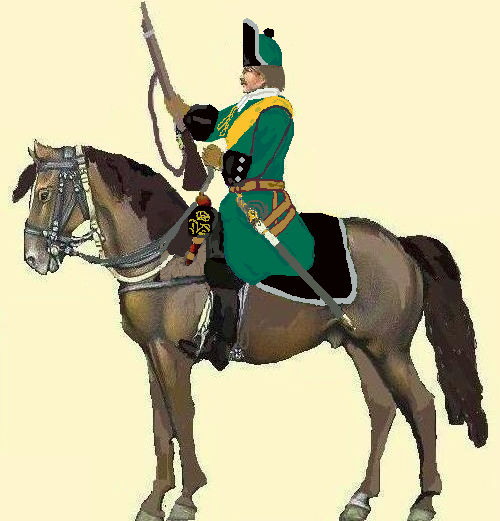 Tentative reconstruction of the guidons in 1710.