In May 1703, King Philip V created a new Household infantry regiment similar to the Reales Guardias Valonas raised the previous year. This regiment initially counted four companies and was entirely constituted of Spanish soldiers taken from Spanish regiments. These companies were first assembled on 5 May 1703 at the camp of Alcantara. The new unit ranked first among all infantry regiments of the Spanish Army.

The Spanish Household units were modelled along French lines. The Reales Guardias Españolas assumed a similar role as the French Garde Françaises.

The Spanish Household units were uniformed along French lines. The Reales Guardias Españolas had a uniform similar to those of the French Garde Françaises to the exception of the cockade which was red. 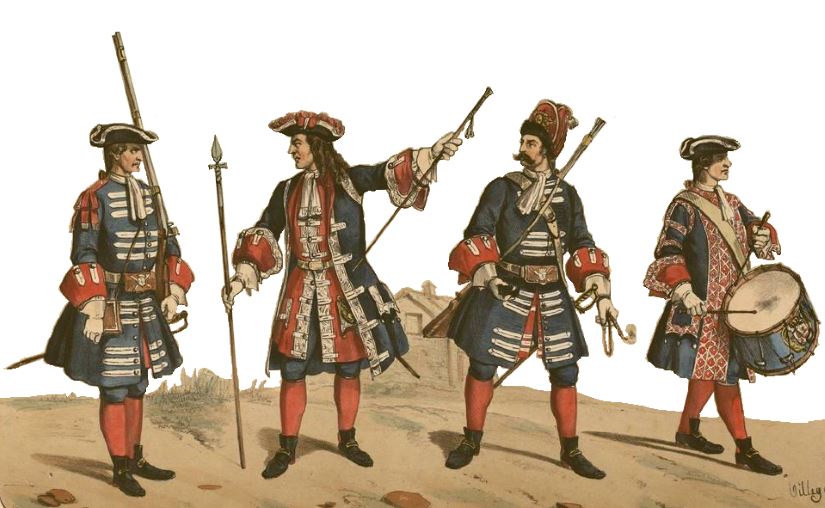 Colours according to the ordananza of 28 September 1704:

N.B.: as per Abheilé, the crowned arms of Philip V surrounded by the necklace of the order of the Toison de Oro (Golden Fleece) and flanked by two golden lions appeared on the sencillas only in 1715.