The regiment was raised in Galicia on 24 April 1703 by Commissaire Général Rafael Diaz de Mendivil. Its kernel consisted of six companies of Rosellon Viejo Cavalry initially cantoned in the vicinities of Madrid.

On 20 August 1710, the regiment fought in the Battle of Saragossa. On 12 December, it took part in the Combat of Villaviciosa.

Very little is known about the uniform of this regiment to the exception that the uniform was red with red as its distinctive colour. We don't know the “metal colour” of the regiment. 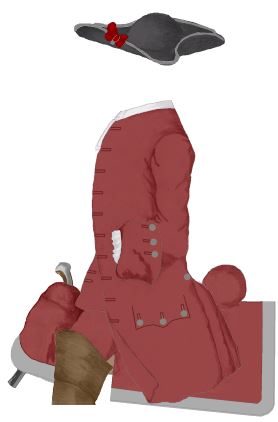