The regiment was raised in 1682 by GFWM Hermann Otto, Count Limburg-Styrum

During the War of the Spanish Succession, the regiment proprietors were:

In 1716, the regiment rejoined the main army in Hungary.

The regiment (then De Ville Cuirassiers was disbanded in 1768 and its squadrons were incorporated into other regiments.

In 1701, the regiment was attached to the army of Prince Eugène who proceeded to the invasion of Northern Italy. On 9 July, it took part in the Combat of Carpi. On 1 September, it fought in the Battle of Chiari. Colonel Martini captured a Spanish detachment at Medole.

In 1702, the regiment participated in the campaign in Northern Italy. On 26 July, it fought at the combat of Santa Vittoria. On 15 August, it took part in the battle of Battle of Luzzara. Major Count Arz and Captain Lagnasco distinguished themselves during several raids.

In 1703, the regiment fought in an engagement near Ostiglia. A detachment participated in the raid to Piedmont under the commande of General Visconti.

In 1705, three squadrons remained stationed in Piedmont. On 16 August, the three other squadrons took part in the Battle of Cassano.

From 1707 to 1712, the regiment remained stationed in Northern Italy where it saw no action.

In 1713, the regiment was transferred to the Rhine but saw no action. 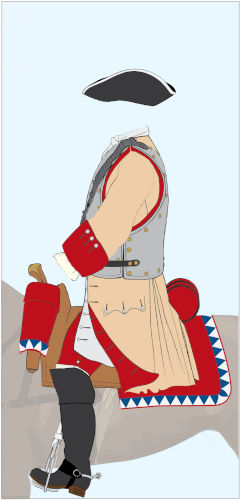 Uniforms of officers differed from those of the privates and NCOs by the finer material used. Buttons were gilt or silver-plated and golden embroideries decorated the cuffs, pocket flaps and saddlecloth. 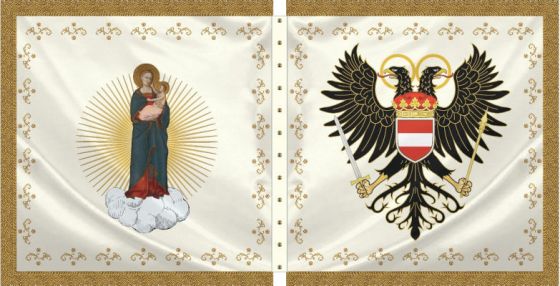