The regiment was created from independent companies stationed on the coast of Andalusia on 21 May 1703. It had its first review on 2 March 1703.

The regiment was disbanded in 1715.

In 1705, the regiment was at the Siege of Gibraltar.

Very little is known about the uniform of this regiment to the exception that the uniform was white with yellow as its distinctive colour. We don't know the metal colour of the regiment. 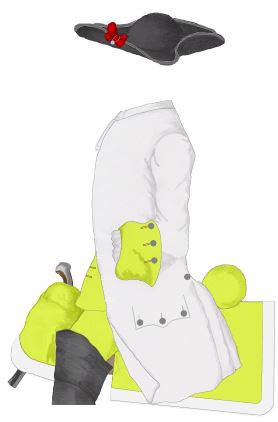