1756 - British operation on the Malabar Coast 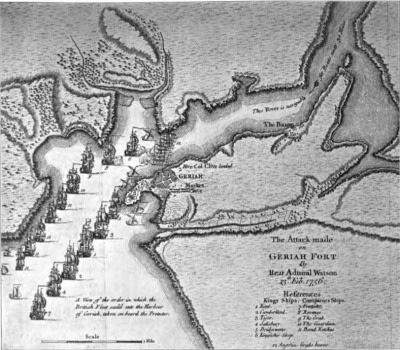